Ocean Mushure has become the latest player to disappear from Dynamos training without official consent from the Glamour Boys as the former champions find themselves crippled again ahead of their must-win Harare Derby showdown against bitter rivals CAPS United at Rufaro on Sunday. 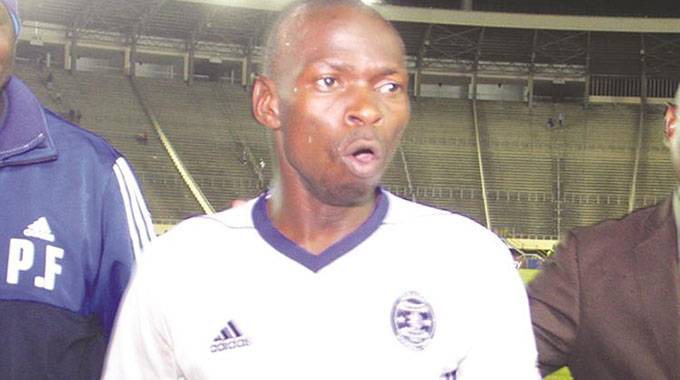 Just as Dynamos have been battling to deal with the errant Denver Mukamba, the man they had entrusted with the captain’s armband Mushure has also joined the bandwagon and vanished without any official word to excuse himself from his employers.

Mushure, a Castle Lager Soccer Star of the Year runner-up for 2019 and who co-captained the Warriors at the COSAFA Cup in the same year has terribly lost his ways this year.

He has missed a number of matches citing seemingly endless family bereavement while his season also started late as he was demanding his outstanding signing on fees from the club management.

With DeMbare occupying the last relegation slot, they would have wanted all their best players for the rescheduled tie which they have to win to move off the drop zone.

Dynamos secured a confidence-boosting Chibuku Super Cup quarter-final victory over Herentals at Rufaro last Sunday and the result seemed to be an indication of a return to some stability.

But it has emerged that even winger Panashe Mutasa has also not been turning out for training since his father was sacked as head coach following a spate of poor results that has left the country’s biggest club facing demotion.

Bad boy Mukamba has also not communicated with the club since he went AWOL a day before the Chibuku Cup clash against Herentals.

Now Mushure who has been using the slightest of excuses to miss some key Dynamos matches has also gone AWOL amid serious questions about his commitment to the club.

There is also a strong belief within the Dynamos camp that there could be “a third force behind the players’ weird behaviour ahead of crucial games’’.

When Mushure missed the game against Herentals, the official line was he was attending to a family bereavement.

But, as the team intensify preparations ahead of the crucial Harare Derby Mushure has been nowhere near the team’s training venue and he didn’t communicate with the team management.

“Denver (Mukamba), Panashe (Mutasa) as well as Mushure (Ocean) are all away without official leave.

“We expect the trio to report for training and fulfil their contractual obligations with the club. As a club, we are still expecting to hear from them, but otherwise we are disappointed. We will sit down as a team and map a way forward.

Dynamos is bigger than individuals and we can’t be held at ransom by individuals who might think they are bigger than the institution. That’s is all I can say for now,” said Chihoro.

The Glamour Boys are hoping to transform their Chibuku Super Cup form to the league and versatile midfielder Blessing Moyo has warned CAPS United to brace for a tough ride on Sunday.

That CAPS United beat DeMbare in the reverse fixture at the National Sports Stadium courtesy of a Mukamba (who was on loan at CAPS United then) solitary strike, is also a motivating factor behind Dynamos’ charge on Sunday, reckons Moyo.

Moyo is confident Dynamos will rise to the occasion and turn on the power to dismantle their opponents.

“Everyone at the club knows that we have not been doing well in the league and as a result, we are in the drop zone. That’s unacceptable at Dynamos but talking will not bring results. We are in real danger but we have a chance to work on our own to safeguard our Premiership status,” said Moyo.

“The good thing is we are facing CAPS United at a time when we are coming from a confidence-boosting Chibuku Super Cup win over Herentals over the weekend.

“CAPS United also beat us in the first leg and at Dynamos we cannot afford to lose twice to them inside a single season.

“The players at Dynamos are motivated to face CAPS United. Although we know the match will be tense and tough, we are very confident of picking the maximum points.

“We need to avoid the chop and there is no way we will be able to do that if we do not beat teams we play. In this case those teams include CAPS United so there is no big enough room for respect, we need to climb up the ladder and avoid demotion,” Moyo said.The Herald.