At the sound of the final whistle, Dynamos coach Lloyd Chigove looked like a man in desperate need of a hug. 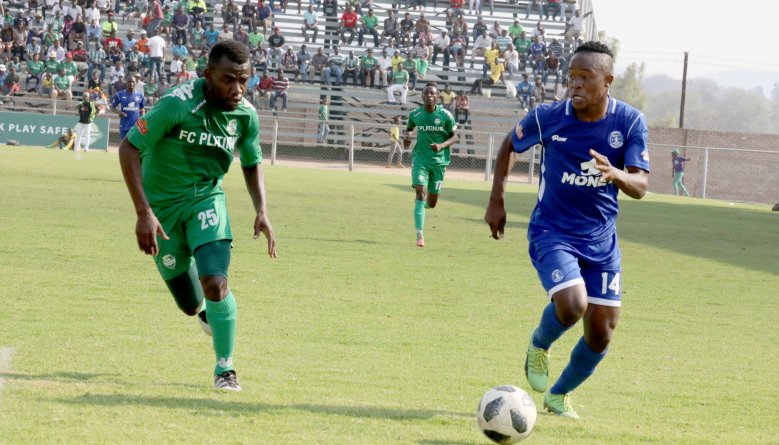 With one hand holding up his chin and the other on the hip, the man who was brave enough to accept the offer to replace Lloyd Mutasa starred down the Mandava turf.

It was as if MaBlanyo, as Chigove is also know, was looking for something!

And just when the DeMbare coach seemed to be drowning deeper into a world where only football coaches can best describe, Norman Mapeza put his hand around him.

Mapeza, a master at this game, did not want his words to go with the wind, hence he whispered what The Sunday Mail Sport later established to be some football nuggets into a rival’s ear.

FC Platinum had just taken a step closer towards defending their title with this latest win, secured by first half goals from Mkhokheli Dube and Rodwell Chinyengetere.

Mapeza could have chosen to salute his team’s fans first before chatting with Chigove but nay, the FC Platinum coach is not your ordinary type of guy.

His ways may rub some the wrong way but his words yesterday may have breathed life into DeMbare’s fight against relegation.

“Norman told me that this team can be competitive, all we need to do is work on the players’ confidence,” Chigove revealed.

“It’s something that I probably needed to hear from a guy who has seen it all and has won the championship.

“We are in a difficult position but we have to be pragmatic and make the right decisions. I think our second half showed that these boys can turn the tide.”

DeMbare ought to have got a smashing after a wrenched first half show that must have left many questioning whether the decision to fire Mutasa is the panacea to the team’s woes.

Thankfully for this club of the mystical and never changing seven million souls, FC Platinum were not ruthless in front of goal.

The hosts played with swagger with Dube turning back the hands of time and Chinyengetere giving those who have started arguing that he deserves to retain the Soccer Star of the Year gong another head of argument.

But for all that flair, FC Platinum went for the breather leading 2-0.

A Dynamos player revealed that they made a pact soon after coaches Chigove and Murape Murape were done with their half time address.

And with DeMbare pressing high, FC Platinum did not have much time on the ball, Brett Amidu came to life and substitute Kuda Kumwala played like a man who deserved to start this one.

Amidu, who is on loan from FC Platinum, was a subject of pre-match drama as his contract bars him from playing against his parent club.

FC Platinum initially demanded that he should not play but relented in the “spirit of the game.”

“We just said it’s an administrative matter that should not be dealt with on Match Day. But honestly we are not happy with what Dynamos have done and the thinking we have right now is recalling Brett from the loan,” said an FC Platinum executive member.

But the drama did not seem to affect Amidu who played a key part in fashioning out DeMbare’s best chance of the game – Marvellous Mukumba’s header crushing against the upright on 79 minutes.

For Mapeza, this was one massive step towards the Promised Land.

“Look, we were under pressure and I am happy that we responded well. We just have to keep going and see where we end up,” he said.

“Guys we need to have sympathy for each other.

This is not an easy job he has taken up and I just offered him a few words of advice.

“I am not at liberty to share them with you because it was from one coach to the other,” said Mapeza before vanishing into the home team’s dressing room. Sunday Mail.

Ngezi shoot self in the foot