Government is downplaying the cholera crisis and that schools should close until the outbreak has been contained, teachers’ unions have insisted. 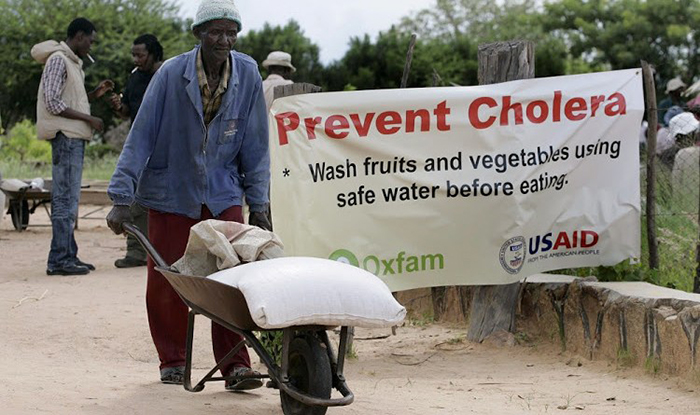 This comes after the Primary and Secondary Education ministry rejected outright calls to suspend the country’s schools and postpone exams, amid a growing epidemic of cholera.

Permanent Secretary in the ministry 11 said it is not the mandate of the teachers’ unions to call for such measures, but government’s responsibility.

The Progressive Teachers Union of Zimbabwe (PTUZ) yesterday told the Daily News that government has politicised the issue and has ignored the input of other important stakeholders in the decision-making process.

“They (government) are politicising everything for no reason, instead of looking for appropriate interventions that are inclusive of everyone.

“Parents, teachers’ unions are part of the stakeholders that needed to be involved,” said PTUZ secretary-general Raymond Majongwe.

“Government has put politics ahead of health and welfare of people. Cholera is a threat to all teachers, but no one considers the health of the teacher, nobody wants to listen.

This comes as government is struggling to control the rampaging cholera outbreak, underlining the enormous challenges that face the country’s new president, Emmerson Mnangagwa.

More than 5 000 people have been infected and over 30 killed in the outbreak. A state of emergency has been declared and all public events cancelled, but the disease has nevertheless spread to five of the country’s 10 provinces.

Majongwe said government should set aside politics and adjust the schools’ calendar to allow for the closure of schools until the cholera situation is contained.

“They have mainly concentrated on the epicentre of the outbreak. If only government would listen to other stakeholders.

“There is this unbelievable rigidity of the schools calendar because of political motivations that are misplaced at this particular time,” he said.

Amalgamated Rural Teachers Union (Artuz) leader Obert Masaraure said it is unfair that the health of teachers and learners is being taken for granted.

“We had petitioned the ministry of Primary and Secondary Education, it is unfortunate that they don’t appreciate the mandate of the of the teachers’ unions.

“The education setup comprises the learner and the teacher, if either of the two is affected no learning will take place,” said Masaraure.

He said government has taken a public relations (PR) stance, aimed at protecting the image of the country, while exposing the citizenry to the deadly cholera outbreak.

The school was temporarily closed a fortnight ago with authorities saying they will continue to monitor the situation.

Glen View 5 Primary School was closed on September 11 after it was discovered that a borehole which was its only source of water was contaminated.

Earlier last week, the ministry of Primary and Secondary Education slammed calls by Artuz for schools to shut down to prevent the spread of cholera. Daily News.

I went to hell and back: Mnangagwa

Security guard killed in robbery…. US$10, solar batteries and an inverter…