A Harare man reportedly misrepresented to be a finance director of a steel company and successfully sued Chitungwiza Municipality (Chitungwiza) for $119 000, a court has heard. 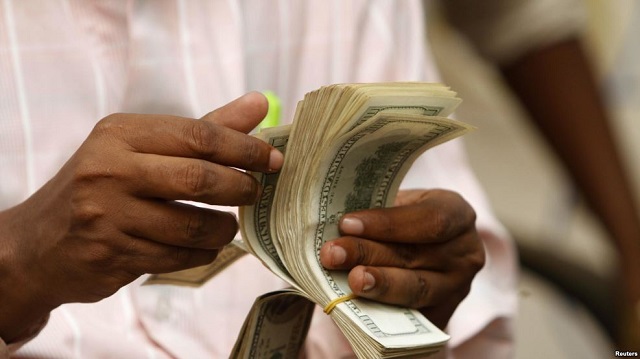 Paul Enerst Mzenge Zhou’s scheme was unearthed after a local newspaper reported on the High Court matter in which he was going to benefit $119 000 from the scam prompting the legitimate steel company, Scotia Steel Company (Pvt) Ltd to take legal recourse leading to his arrest.

Zhou, 50, was charged with fraud when he appeared before Harare magistrate Rumbidzayi Mugwagwa.

He was released on $200 bail and ordered to report once a week at Avondale Police Station, not interfere with witnesses and continue residing at his current address.

He was remanded to October 16.

Hwange Local Board employee cleared of transferring close to…

Kaukonde allegedly allocated two farms to his UK based…

Chitungwiza Municipality is represented by the town clerk George Makunde.

Prosecutor Sabastian Mutizirwa alleged that sometime in May 2011 Chitungwiza tendered a notice for the procurement of a jet machine (high velocity cleaning machine) and submission of bids were done on May 31, 2011.

The court heard that on August 25, 2011 the council made an application for electronic funds transfer of $59 560 to be transferred from Metropolitan Bank into Scotia’s Stanbic account.

However, the electronic transfer was not successfully done and both parties regarded it as a failed deal resulting in no further action being taken against Chitungwiza Municipality.

Sometime between 2014 and 2017 Zhou became aware of the tender awarded to Scotia and how the council had failed to meet conditions of the contract.

Zhou reportedly connived with Darlington Chirara who has already appeared in court over the same allegations and misrepresented himself as finance director of Scotia.

He allegedly instituted High Court proceedings against Chitungwiza knowing that he was neither an employee nor finance director of Scotia.

Scotia was neither aware of the legal proceedings against Chitungwiza in which they were said to be represented by Ngarava, Moyo and Chikono legal practitioners who had received instructions from Zhou acting as finance director.

The case of Scotia against Chitungwiza was heard under HC 9156/14 in which Zhou actually testified in court.

At the end of those proceedings Chitungwiza was ordered to pay $119 113, 50 including costs of the lawsuit to Scotia through an order issued by Justice Dube on November 21, 2017.

As a result Scotia informed Chitungwiza through its legal practitioners Gill, Godlonton and Gerrans that it was not the one who had instituted the court proceedings.

This prompted Chitungwiza to open a fraud case against Zhou at Zimbabwe Anti-Corruption Commission.