70-year-old woman up for cattle rustling 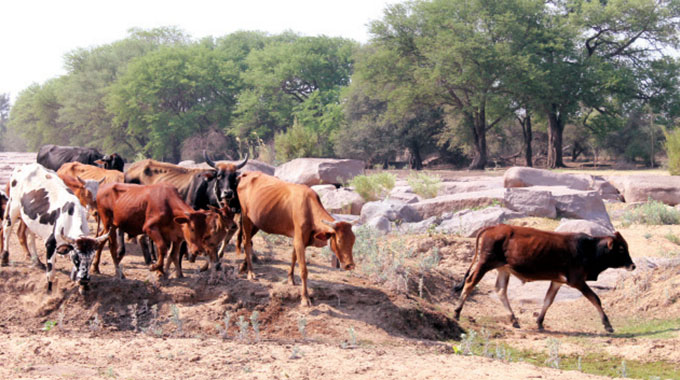 A 70-YEAR-OLD woman from Gwanda has been arrested for allegedly stealing eight beasts with the assistance of a neighbour.

She was remanded out of custody to September 27 on free bail.

Prosecuting, Ms Teererai Mahohoma said Siziba and her accomplice, Kevin Sebata, who is on remand, stole the beasts from Dubane Ranch in Colleen Bawn sometime in January last year.

Chief Sigola in court for assault

Beauty queen beaten up after lover walks in on naked couple

“On a date unknown to the prosecutor but in January 2017, Siziba and Kevin Sebata, who is on remand, proceeded to Dubane Ranch and stole six cattle and two heifers belonging to Mr Carel Deon Grundling.

“They went on to share the beasts with Siziba taking two heifers and one cow while Sebata took five cattle. Siziba then tampered with the brand marks replacing them with her own.

“Mr Grundling, upon seeing that his beasts were missing, looked for them but failed to locate them. He received a tip off on July 11 about the whereabouts of his beasts and teamed up with his workers and went to Chamakaki grazing area, Doodieburn Ranch in search of the cattle,” she said.

Ms Mahohoma said Mr Grundling found Siziba at the grazing area and she ran away upon seeing him.

She said Mr Grundling identified two heifers and a cow, which were part of his beasts that went missing, in Siziba’s kraal.

The matter was reported to the police and investigations led to the recovery of the eight beasts, three from Siziba and five from Sebata resulting in their arrest.

Ms Mahohoma said the value of the stolen beasts is $3 000. The Chronicle.

Chief Sigola in court for assault

Beauty queen beaten up after lover walks in on naked couple