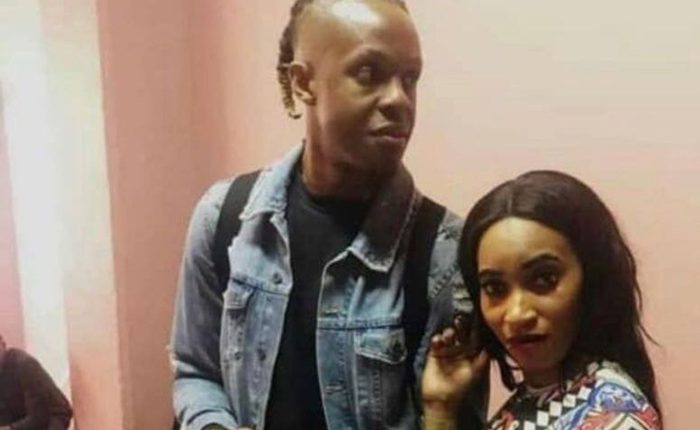 Social media has gone wild and with the sexual controversies that Bev has found herself in before, it is everyone’s guess what the comments said.

Bev, however, told the Daily News there was nothing controversial about the photos.

“I met him (Mugabe) on August 25 at Buffalo Souljah’s One Man Concert held at Newtown Music Factory (ex-Baseline).

“I was part of Buffalo Souljah’s dancers and he came as a fan. I met him at the backstage where we got the photos taken. I am not the only one who posed for a photo with him but a number of people took selfies with him,” the controversial pole dancer said.

The photos have surfaced barely a month after Mugabe reportedly broke up with his South African girlfriend Tshego Moloto, a model, over unclear circumstances.

Mugabe plies his trade in South Africa where he runs a number of lucrative projects including a high end fashion label dubbed xGx and a music promotion company Triplife Entertainment together with his young brother Bellarmine Chatunga, only to mention but a few.

On the other hand, Bev has since decamped to South Africa since May this year.

The multi-award-winning dancer went with only four of her 11 Sexy Angels members and they are planning to come back to Harare in September.

“In South Africa, I usually stage seven shows per week. Unlike in Zimbabwe where we perform for at least four hours on stage, in South Africa the performances range from 20 minutes to an hour long.

“Dancing in South Africa is rewarding though there is no freedom at all,” she said in a recent interview with this publication.

However, Bev has no plans to settle across Limpopo River for good.

“I can only settle permanently in South Africa if my manager Harpers comes along, otherwise I will just go there, perform and come back home,” she said. Daily News

Trump accuses Google of rigging search results against him