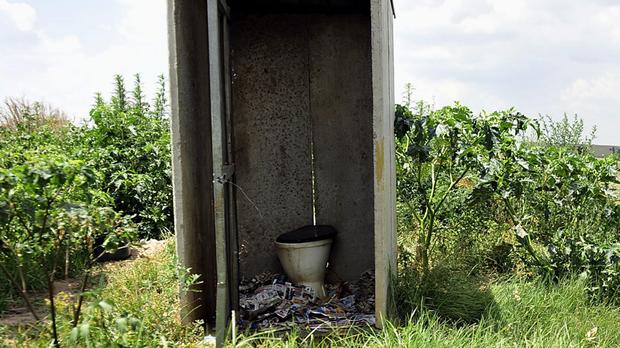 Outrage has spread across the country after it emerged that yet another Limpopo child has drowned in a pit latrine. The devastated mother of the three-year-old boy, who suffered the horrifying death in a pool of faeces, was inconsolable on Thursday.

Kwena Monono, 25, said she was still shocked and confused about why little Omari went into the toilet at his aunt’s house unsupervised in Ditenteng Village in Moletjie outside Seshego, Limpopo, on Tuesday.

“He never goes to the toilet by himself. He knows that I have to accompany him, and even then, he does not use the toilet, because it is not safe, even for adults. He will relieve himself on the side of the toilet and will call me to wipe him or put his clothes back on,” Monono told The Star on Thursday night. She said the last time she saw Omari was on Tuesday afternoon.

“He went to his aunt’s house, and when he came back, he asked me to give him some sugarcane, which I did. He then left the house, saying he was going back to his aunt’s house. I was cooking and at about 5pm, I sent a relative to look for him, but he was nowhere to be found. The aunt said he went to the toilet and asked her to help him put his clothes on. She said she had been calling him to put on his shoes, but he refused. That was the last time she saw him,” Monono said.

Police spokesperson Constable Maphure Manamela said an inquest docket had been opened. “It is alleged that the little boy went to his aunt’s house across the street where he usually plays. His aunt left him to relieve himself outside the toilet, as usual.

His aunt was busy with household chores, when she realised she had not seen him for some time. She searched for him without success and reported it to the police.

“They responded quickly and a search operation commenced, during which the child was found inside the pit toilet,” Manamela said, adding that the child had disappeared at about 2pm. “His body was discovered at about 7pm and was retrieved from the toilet at 9pm,” Manamela said. But Monono disputed this, saying Omari’s body was found only at about 4pm on Wednesday.

“When we looked for him and couldn’t find him, we called the police. They arrived at about 8pm, but did not search for him. Instead, they took me and his aunt to the police station to take our statements. The police also asked where his father lived, and they went there, but they still couldn’t find him. There were people who said they heard him crying, but they could not see where he was.

“If the police had searched for him when they arrived here on Tuesday night, my son would probably still be alive. I’m hurting. I cannot eat or sleep. Every time I see something my son loved, my heart breaks and I just cry,” Monono said. “He was pulled out of the toilet head first at about 4pm on Wednesday,” she added.

She said this was after she had gone to Polokwane to print out her son’s pictures to distribute while they searched for him. Omari was the second child to drown in a pit toilet in Limpopo.

In January 2014, Michael Komape, 6, a Grade R learner at Mahlodumela Primary School outside Polokwane, was in his third day of school when he fell into a pit toilet and drowned on the premises.

Legal advocacy group Section27 is representing the Komape family in appealing against the dismissal of the family’s R3million damages claim for the trauma they suffered, which was rejected in the high court in April.

Judge Gerrit Muller ordered that two of Michael’s siblings, Maria and Onica, be paid only R6000 each for medical expenses.

In March, Lumka Mketwa, 5, died after falling into a pit latrine at Luna Primary School in Bizana, Eastern Cape. Limpopo provincial police commissioner Lieutenant-General Nneke Ledwaba described this week’s incident as “saddening and tragic”. “Parents and guardians must be vigilant at all times to avoid this type of incident from recurring,” Ledwaba said.

Pastor Mboro gives scholarships to youth on his birthday

Chris Brown arrested after stepping off stage at Florida concert