Germany coach Joachim Loew said there was no need for panic or radical change despite his team again looking defensively vulnerable in their shock 1-0 defeat to Mexico in the opening game of their World Cup defence. 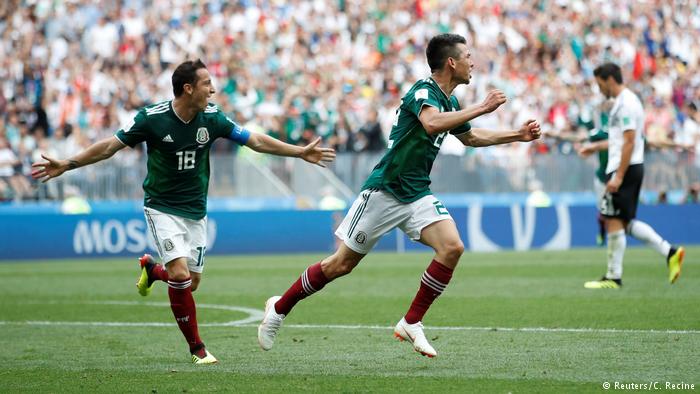 Germany showed many of the fault lines that had been there for all to see in recent games, and Mexico had obviously been doing their homework as they exploited them again and again and should have scored more goals. “In the first half we played very badly. We were not able to impose our usual way of playing,” Loew told a news conference.

“But we will not just break apart now and become headless and do something completely different. There is no need to break out in panic just because we have lost a match.”

It is true that few would bet against Germany turning things round in their remaining games against Sweden and South Korea, but all is clearly not right with the four-times winners.

“Our cover was often not good and we were left many times with just Jerome (Boateng) and myself in the back,” said centre back Hummels, one of several Germans who will not want to watch a replay of Hirving Lozano’s 35th-minute goal.

Boy, eight, dies after he and his mother are pushed in front…

“We were warned (in the warm-up games). We played exactly like we did against Saudi Arabia (when Germany won 2-1) only against a better opponent. That’s why the first half was like it was and Mexico obviously deserved to win it.“If seven or eight players are attacking then it is clear that our attacking power is greater,” said Hummels.

“But that is something that I have often talked about internally. I does not always bear fruit.”

Toni Kroos recognised that Germany, the ultimate tournament team, were now facing an unusual situation. “We are now under pressure, we have to get six points from the next games,” he said.

“Overall we had our chances but did not score. We just lost the ball up front far too easily, and Mexico had always two or three people up front whom we failed to block efficiently.”

Loew was at a loss to explain the problems. “We did not cover the spaces, we did not play our usual attacking game, we lost possession too often and so had to cover big distances, so the Mexicans had space to counter-attack,” he said.

“When it came to passing, we were a bit negligent, which is quite unfamiliar when I look at this team.

“We simply have to concentrate on our strong points that we have not been able to bring to bear in the last two matches.”

Mean while, Aleksandar Kolarov produced a moment of captain’s inspiration, curling home a superb free kick as Serbia got their World Cup Group E campaign up and running with a 1-0 victory over Costa Rica.

With the Central Americans proving a tough nut to crack, Kolarov stepped up to bury a 25-metre effort from wide on the right, lighting up an otherwise tight game in the southern Russian city of Samara.

Serbia had dominated against a Costa Rica side who rarely threatened after a bright start, but chances were thin on the ground until Kolarov made the breakthrough in the 56th minute.

With Brazil heavy favourites to win the group, which also features Switzerland, the victory delivered a potentially vital three points for Serbia and lifted a weight from coach Mladen Krstajic, in what was his first competitive game.

“Frankly speaking, there was a great deal of pressure on the team, and on me, over the past seven months,” said the Serbia coach, who took the job in October.

Krstajic’s relief was matched in equal measure by the disappointment of Costa Rica boss Oscar Ramirez, whose side are in a precarious position.

“Maybe we have lost a certain margin for qualifying,” he said. “It’s going to be difficult, but our intention remains the same. I told the lads in the changing room ‘This isn’t over’.”

If Costa Rica are going to recover, however, they will need to rediscover the defensive organisation and clinical counter-attacks that propelled them to the quarterfinals four years ago.

While a number of their players remain the same from Brazil, they lacked the energy of that side.

Serbia found it hard to break them down, but they rarely looked troubled at the back and barring a late half chance for substitute Joel Campbell, they coasted through the game.

It had not looked like that in the opening minutes.

The match began in furious fashion with Serbia’s Aleksandar Mitrovic having a header scooped off the line and Costa Rica’s Giancarlo Gonzalez failed to convert two headed chances.

But it soon settled into a more predictable pattern.

Serbia bossed the ball as their enterprising midfield, fusing the experience of Manchester United enforcer Nemanja Matic and the raw talent of Sergej Milinkovic-Savic, got on top.

The Lazio playmaker was Serbia’s most creative influence, although his blushes were spared by the linesman’s flag when he fluffed a first-half chance after racing through on goal.

That would have been easily forgotten, however, had he converted an outrageous overhead kick moments before the break that forced a brilliant save from Keylor Navas.

The bullish Mitrovic failed to find the net with a good chance early in the second half, but it mattered little, as the deadlock was broken when AS Roma left back Kolarov produced his moment of magic, curling a free kick left-footed over the wall and past the despairing dive of Navas. — AFP

Boy, eight, dies after he and his mother are pushed in front of train in Germany