Howard Mission Hospital is presently in the eye of a legal storm as its chief medical officer Dr Aaron Museka is facing a $50 000 lawsuit for ‘improper conduct’ and ‘negligence’ after a minor was recently circumcised at the hospital without his parent’s consent. 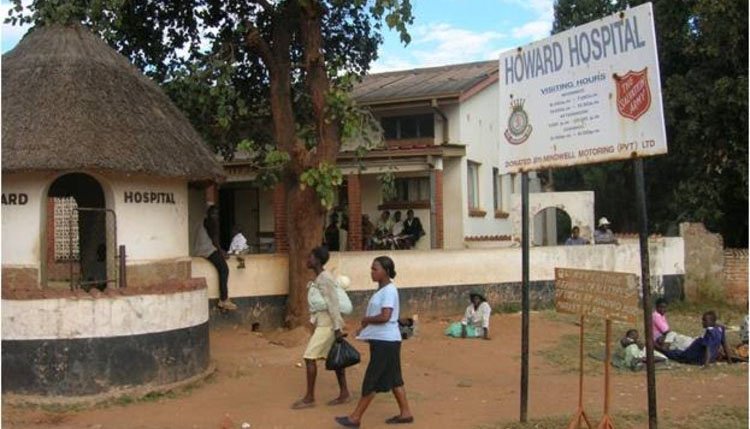 But most interestingly, the personnel from the hospital who recruited the minor from Majome Primary School in Mazowe district for the procedure were reportedly ‘agents’ of a non-governmental organisation, Population Services International (PSI), who were paid commission for the people they bring in for circumcision.

Lawyers representing parents of the minor, Mutamangira & Associates, have since written to Howard Mission Hospital demanding $50 000 for the “shock, pain and suffering” caused by the operation.

It is believed that sometime in January, personnel from the hospital, who purported to be working for a programme under PSI, approached Majome Primary School and handed out consent forms to learners, including the 13-year-old boy, which were supposed to be signed by their parents or guardians for the procedure to be undertaken.

However, the minor’s parents withheld their consent.

Abortion on the rise at universities

But on January 29, the boy was circumcised anyway and had to be taken home by an ambulance since he could not walk.

“On asking the ambulance personnel, it was discovered that the minor child had been circumcised by Dr Aaron Museka, who is a medical practitioner employed at Howard Mission Hospital.

“Our client’s child went through a horrendous experience, which saw him failing to walk, and to go to school. This clearly speaks to a case of serious assault and intrusion into our client’s child’s privacy,” said the lawyers in a recent letter of demand addressed to Dr Museka, and copied to Health and Child Care Minister Dr David Parirenyatwa, Health Professions Authority of Zimbabwe, PSI, and Medical and Dental Professions Council of Zimbabwe.

When the concerned parents made enquiries, Dr Museka reportedly undertook to investigate the matter.

The parents were later called by a female doctor from Concession District Clinic, who promised to give them feedback within three weeks.

To date, nothing has happened.

However, the lawyers maintain that there was nothing urgent to warrant the procedure without the parent’s consent.

In any case, the lawyers claim, Section 76 of the Children’s Act specifically stipulates that where consent to conduct a medical procedure is withheld, the operation can only proceed after applying and getting approval from the Magistrates’ Court.

They therefore contend that in light of the current circumstances, the circumcision not only showed “improper conduct”, but was “also criminal in nature”.

“The law is very clear on such conduct by medical practitioners. It has been part of our law that a patient must provide informed consent for all medical treatment (diagnostic or therapeutic)on him or her. In our client’s case, the child had no capacity at law to consent to such an intrusive and irreversible procedure,” said the lawyers.

“We have been instructed to demand, as we hereby do, payment of damages suffered by our client in the sum of fifty thousand dollars ($50 000) for the shock, pain and suffering caused by your conduct, within seven days of your receipt of this letter, failure of which we shall approach the High Court for relief.

“Our client is also amenable to negotiation due to the sensitive nature of this case. If we do not hear from you within the specific periods, we will assume that you are not interested in a settlement, and we will proceed with litigation whose costs are by no means insignificant.”

In an interview with The Sunday Mail, Dr Museka confirmed the incident, but denied carrying out the procedure.

“Yes, the child was circumcised at the hospital, but it was not me. The people who are working on the lawsuit lack ground work because they are saying it’s me as I am the chief medical officer, and I am sure they do not know there are other practitioners capable of circumcising as well at the hospital.”

He however could not say who had carried out the operation.

On a standard male circumcision consent form, there are three sections that have to be signed by the parent, guardian and medical practitioner, especially if the patient is under 18 years.

There are also questions on whether standard procedures, which includes group counselling, one-on-one sessions and a full body check-up were followed before the circumcision.

After the procedure has been administered, there are 15-minute post interval check-ups for 30 to 45 minutes, including education on how to maintain an infection-free wound. The Sunday Mail

Can sangomas be Christian?

Abortion on the rise at universities