One of two Zanu PF activists who allegedly murdered a tractor driver at the height of the country’s bloody land reform programme is seeking to be set free, 17 years after the alleged incident took place. 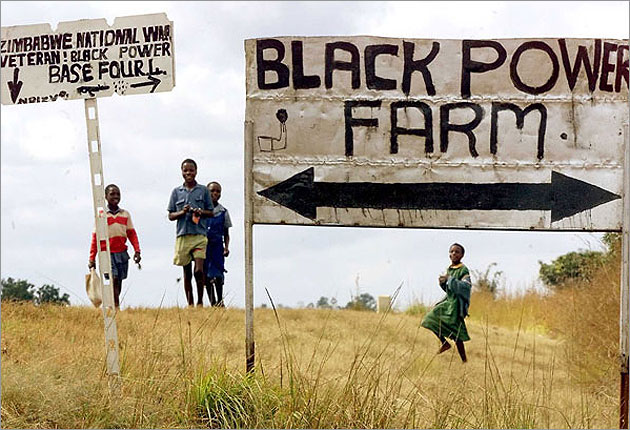 Dabson Zhuwao and his accomplice Tapiwa Chimbandi were initially arrested in 2001 on culpable homicide charges and were jointly charged with Samuel Sibiwa, who has since died.

Zhuwao, through his lawyers from Ngarava, Moyo & Chikono Legal Practitioners, was yesterday brought before the Constitutional Court seeking to have the charges quashed, citing the number of years it has taken before the matter was finalised.
The lawyers, however, agreed to have the matter struck off the roll and be referred back to the Harare Magistrates’ Court for determination.

“The matter in casu arose in June 2001. This was the year the accused (Zhuwao) was charged with culpable homicide together with another accused person. The accused has always been available and ready to do a trial and at one stage trial commenced.
“Owing to some reasons not caused by the accused person, the trial could not be completed on account that, it was alleged that the magistrate who was handling the matter had relocated abroad. As a result, the accused was subsequently removed from remand but was summoned to court on a number of occasions,” Zhuwao said.

He said the delay in having the case tried is inordinate, adding that he has suffered prejudice in the manner in which he will conduct his defence.
“The accused has undergone immense emotional stress as a result of this case. If the matter had been finalised a long time ago and assuming accused had been convicted then he could have finished serving his sentence.

“His social life is constantly being interfered with thus traumatising him. Financially, he is always made to pay legal fees for lawyers and incur other expenses while coming to court,” he said.
According to court papers, the accused were arrested after allegedly causing the death of Dumukani Zondiwa, who was employed as a tractor driver at Tobacco Training Institute at Blackfordby Farm in Waterfalls, Harare.

It is alleged that Chimbandi and Zhuwao accused Zondiwa of ignoring the call for the said meeting and began dragging him.
Along the way, Cephas Matare, who is now deceased, grabbed Zondiwa by the shoulder and head-butted him twice.

The court heard that Zondiwa tried to get up but Chimbandi kicked him before he was joined by Sibiwa. It was further alleged that Zhuwao then used a golf stick to strike Zondiwa on the stomach and he became unconscious, prompting the group to leave him as they rushed for the scheduled meeting.
Zondiwa was later ferried by an ambulance to Harare Central Hospital where he died soon after arrival. Daily News

Facelift on cards for Mbare Musika