At least 75 percent of Chitungwiza water meters — most of which were installed in the 1970s — are dysfunctional, with the municipality relying on estimates to bill ratepayers. 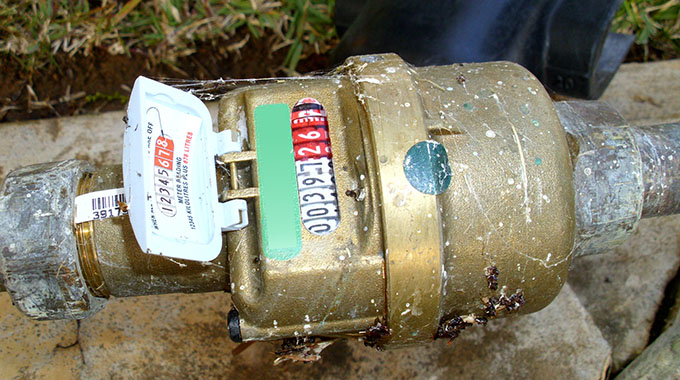 This came out last Friday during a tour of the local authority’s newly-established water section offices by the acting mayor Goodwill Mushangwe, councillors and residents.

The tour was organised by councillors who recently resumed duties after the caretaker commission appointed by Government was discontinued after a court challenge.

They sought to evaluate projects which were undertaken during their absence.

Acting Chitungwiza water and sanitation superintendent Mr Obadiah Mhedziso said the majority of the water metres had outlived their lifespan.

“At least 75 percent of our water metres are no longer working and because of that, we have been forced to estimate the bills for our customers,” he said.

Mr Mhedziso said they were installing 4 500 meters that had been donated by ZimFund (Zimbabwe Multi-Donor Trust Fund) under the Water Supply and Sanitation Rehabilitation Project Phase 2.

“We have received a donation of 4 500 meters, which we are still in the process of installing free of charge in various areas as we collect the dysfunctional ones for repair,” he said.

“We have also received a meter-testing bench machine to test meters if they are not faulty before they are installed because for years we were having problems of some meters overcharging, while others were undercharging because we could not test them before installation.”

Mr Mushangwe said they agreed as a council to replace water meters after every seven years.

“It is true that indeed majority of our meters are not working because they are too old,” he said.

“However, to avoid such cases in the future, we have resolved that as council we shall be replacing water meters after every seven years.”

“We hope that the installation of new meters will clear issues with residents,” he said.

“It had been an issue for years about the local authority’s water billing system, considering that most meters were not working and how they came up with estimates.”

“It is for this reason why some ratepayers were not honouring their bills due to lack of transparency and considering that they receive water twice or thrice a week.” The Herald