Former president Jacob Zuma yesterday hailed Winnie Madikizela-Mandela, saying she was a heroine who would be difficult to replace. 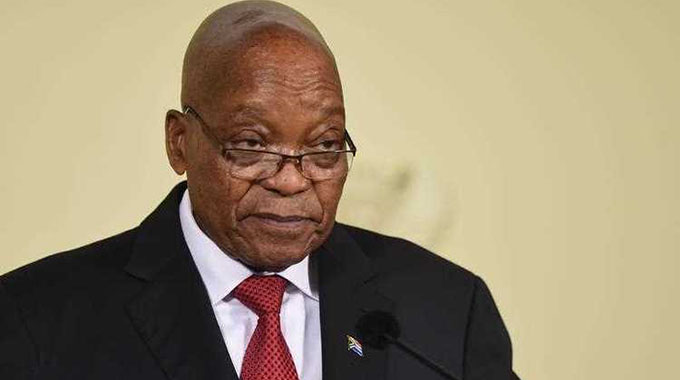 “A leader among leaders has left this earth. To us, as the ANC, a huge gap has been opened and we won’t be able to close it easily, because there aren’t many leaders like comrade Winnie Mandela.”

Zuma, who was speaking at Moses Mabhida Stadium’s People’s Park in Durban, during a memorial service for the late icon, lashed out at Madikizela-Mandela’s critics and those who went out of their way to tarnish her reputation.
“She was called all sorts of names.”

He said money had been spent and people had sat and planned how to tarnish Madikizela-Mandela’s name.
“She had to live with that for decades of years . . . She suffered. We were told that she was a murderer, that she killed a young child and all the other lies. But yesterday, they came out and said those were lies, she never did any of those things.”
Zuma said Madikizela-Mandela was no longer around to say: “You see, I told you so.”

“People will surprise you. For some reason, they speak and they have forgotten her contribution. Even those that did not even throw a stone during apartheid are speaking.”
Zuma said even those who were informers were now speaking.

Jacob Zuma pushed for Montana to be reinstated at Prasa,…

“They swear at the very person who suffered for our freedom . . . She stood against the oppressor until the very end.”
He said Madikizela-Mandela must rest in peace.

“We, that fought with her, we know everything that is being said about her. When we came back from jail, even though she was under surveillance, she wrote letters welcoming us back.”

He said Madikizela-Mandela wanted every comrade to feel welcomed by the organisation.
Remembering her contribution, Zuma said, many years ago, Madikizela-Mandela had supported widows of men who had lost their lives in the liberation struggle.

He added that Madikizela-Mandela had supported women who had been arrested because of their husbands’ involvement in the struggle and women whose husbands left to go into exile.

“She carried all of the burden on her shoulders. She supported those that were working underground. She used to welcome and hide comrades.

“She did not care, even if the police arrested her, she always knew how to put them in their place.”
She was “incredibly brave”, said Zuma.
“We are the ANC itself”

“This all does not mean that she was without fault. There is no one who has never made a mistake in life. We all make mistakes.
“Our enemies are making it out to sound as though her mistakes weigh more than the good sacrifices that she made.
“I want us to remember that, during a difficult period when people were being arrested and some were being sent to exile during apartheid, she shone the light on the path leading to our liberation.”

He said, when he visited Madikizela-Mandela at the hospital for the last time – not when she was at Milpark Hospital where she eventually died – she had said to him: “’You know we are no longer members of the ANC, we are the ANC itself.’ Whether you like it or not, you could not make her leave the ANC.”
She genuinely loved the ANC, said Zuma.

“If she didn’t love it, she would have left a long time ago because sometimes the ANC makes (unfavourable) decisions about itself, but because it was the ANC, she remained in the ANC. She was a good lesson to many, especially those who took the time to learn from her.”

Zuma said Madikizela-Mandela had done her part.
“We know her work and that is why we will never say that she did this and that. When someone has died and they can no longer speak for themselves, people say whatever they want.”

He told the gathering that, in celebrating Madikizela-Mandela, members should never let the ANC die.  The Herald

Zuma tells supporters he’s not afraid of jail, has problem with his eyes

Jacob Zuma ‘too old to go to jail’, says Malema