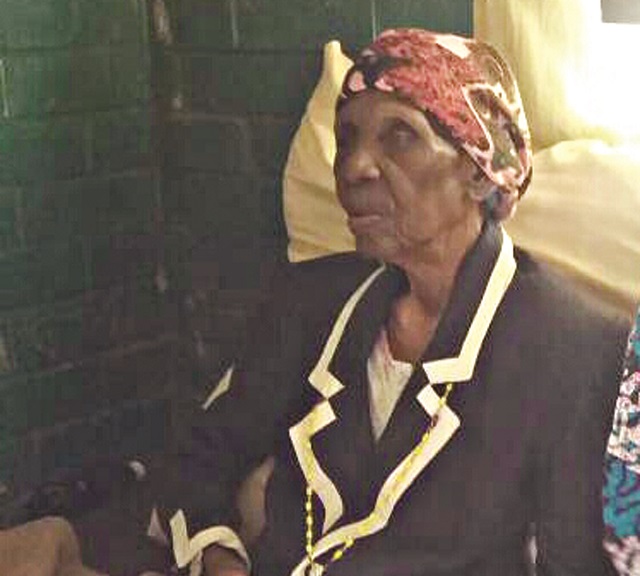 Mrs Zulu, who died of natural causes, was buried in the same grave that her husband, Chazaza Zulu was buried in. Her husband died in 1975 and was laid to rest at Hyde Park Cemetery in Pelandaba suburb in Bulawayo.

Mr Zulu said he requested from the Bulawayo City Council for his mother to use the same grave that his father is buried in.

“The family wanted my mother to be reunited with her beloved husband. Therefore, we spoke with the Bulawayo City Council and the cemetery executives to use the same grave that was used by my father. We dug the grave carefully to make sure that we did not dig up my father’s remains. It was a touching ceremony and I am very much thankful for the support,” he said.

Mr Zulu, who last year celebrated 50 years of active involvement in football, said his mother had 10 children and over 100 grandchildren.

“My mother was blessed with seven boys and three girls. Of the 10 children, three passed away including the first born, Martin. All of my mother’s children have children who also have children of their own hence I cannot state the exact number of the grand and the great-grandchildren that my mother had but I can assure people that the number is over one hundred,” he said.

Mr Zulu said his mother was very health cautious. He said she inspected the environment in which the food was cooked and served.

“Mrs Zulu made sure that the environment she lived in was well-taken care of. She believed that a person cannot wash clothes and cook simultaneously. All of my relatives were very aware of my mother’s cleanliness. If she discovered that the place in which food was being served was not clean, she would not touch the food. Maybe it’s one of the key secrets to her long life,” said Mr Zulu.

Mr Zulu said his mother was a Roman Catholic Church member who was very generous to everyone in society.

“As we were growing up, my siblings and I did not go to bed or eat before praying. My mother taught us to pray before doing that. She was not pleased if people ate without thanking God.

She wanted the Lord to bless the food in front of us as it was also His love that we were having something to eat. She was very kind such that every visitor was given something to eat before leaving. She also made sure that every visitor left carrying something. Sometimes we would be surprised that the groceries we bought would not last because of her generosity to our relatives and people in general.

“She taught us that happiness lies in giving than receiving. She encouraged me to buy groceries for my in-laws. She even suggested that before I bought groceries for her I should make sure my mother-in-law had received hers. After her death, a close friend to the family, Maiguru Mavingo found sweets and groundnuts in my mother’s pillow. It is these sweets that my mother would give the caring person who would have come to keep her company,” said Mr Zulu.

Mr Zulu said his mother was a campaigner for unity in the family who wanted to see everyone happy all the time.

“My mother spoke of peace and unity all the time. Every time I visited her, she would demand that I call my siblings just to hear if they are okay. I’m very grateful to my mother because her love and teachings have really kept the Zulu family together and we will make sure that the family legacy will not be tarnished now that she is gone,” said Mr Zulu. The Sunday News