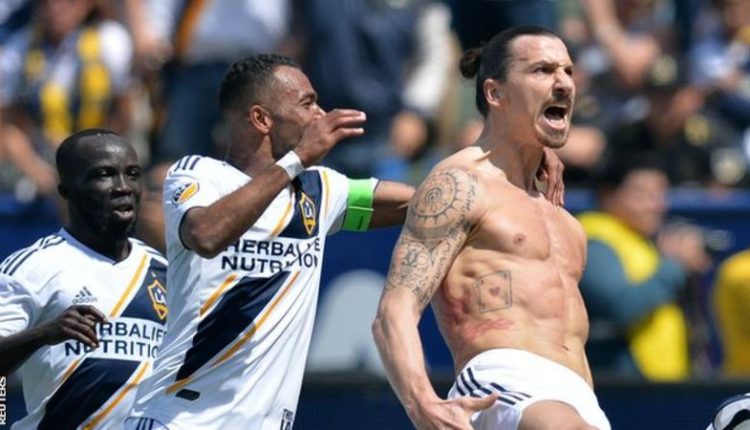 Zlatan Ibrahimovic marked his LA Galaxy debut with a match-winning cameo as his side came from 3-0 down to beat new boys Los Angeles FC. 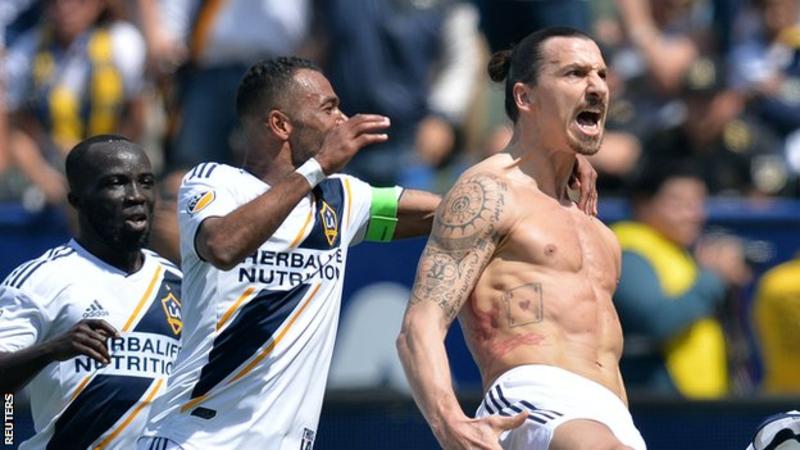 The 36-year-old, stealing the show once more, came on with 20 minutes left and scored a remarkable equaliser from 35 yards before heading in a stoppage-time winner

“So I gave them Zlatan. They were pushing me, and I was giving back.”

Galaxy had pulled a goal back before Ibrahimovic was sent on in the 71st minute. And, after he was involved in the build-up for Chris Pontius’ header, the Swede struck.

The staggering salaries of Zlatan Ibrahimovic and Paul Pogba…

Tyrone Mings claims Zlatan Ibrahimovic was ‘out to get him’

There did not appear to be any immediate danger as an LA FC goal-kick was nodded back upfield but the former Manchester United forward crashed an unstoppable shot on the bounce over the head of goalkeeper Tyler Miller.

And Ibrahimovic scored the winner in stoppage time, nodding in at the near post from what might have been an offside position.

He was booked for taking his shirt off after his first goal, but even by his own high standards it was a sensational finish.

He had previously scored on his debuts for Manchester United, Paris St-Germain, Malmo, Barcelona, Inter Milan and Juventus.

“My history when I come to a new team, I always score in the first game – I didn’t want to let it down this time,” he said.

Former Arsenal forward Carlos Vela had put the MLS new boys in control with two excellent goals in the first half, including a deft chip in off the underside of the crossbar.

An unfortunate own goal from Daniel Steres put Bob Bradley’s side 3-0 up, before a defensive error allowed Sebastian Lletget to pull one back.

Then – as so often in his career – it was time for Ibrahimovic to hog the headlines. BBC Sport

The staggering salaries of Zlatan Ibrahimovic and Paul Pogba ‘revealed’

Tyrone Mings claims Zlatan Ibrahimovic was ‘out to get him’