The  Sandton Project — a clandestine mission meant to paralyse operations at ZIFA — finally exploded yesterday when two board members quit the association claiming their mandate had expired triggering a severe backlash from the game’s other leaders who said the move was meaningless and it would be business as usual at the country’s football controlling body. 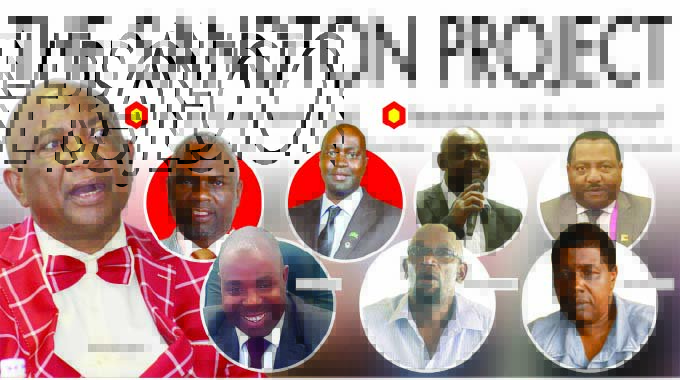 Piraishe Mabhena and Felton Kamambo quit their posts on the ZIFA board in what the association’s leadership said was a co-ordinated attack on the organisation given it came on the same day Trevor Carelse-Juul, a serial campaigner for the top post in domestic football who has lost in the last two occasions, released a statement sharply criticising the state of the game in the country.

Carelse-Juul, the South Africa-based businessman, claimed in his statement the Warriors had ‘’failed’’ to qualify for the 2018 World Cup finals when the reality is that they never took part in the tournament after being expelled without kicking a ball.

ZIFA leaders have been compiling a report dubbed “The Sandton Project” after a number of local football leaders meet in Sandton, Johannesburg, where they hatched a plan to paralyse operations at the Association to trigger elections, as quickly as possible, where they hope to install a new leadership.

The three remaining principals at ZIFA — president Philip Chiyangwa, his deputy Omega Sibanda and finance guru Philemon Machana — said they would remain in charge of the game and dismissed the decision by their fellow board members to walk away as a ‘’non-event’’ while they also received a lot of support from the game’s family.

ZIFA insisted yesterday they would continue to await guidance from FIFA on the association’s roadmap and would not be moved by the resignations of Mabhena and Kamambo while they also co-opted Premier Soccer League emergency committee chairman Kenny Mubaiwa and Women’s Soccer League boss, Rosemary Kanonge onto the board.

“The Zimbabwe Football Association would like to inform the football fraternity that in accordance with Article 32.1 of the ZIFA constitution, the emergency committee of ZIFA has co-opted Mr Kenny Mubaiwa (PSL Emergency Committee Chairperson) and Mrs Rosemary Kanonge (Women Soccer League Chairperson) to the ZIFA Executive Committee with immediate effect,’’ read a statement from ZIFA communications manager Xolisani Gwesela.

Mabhena who had had been absent from the game for a while after also undergoing major surgery, was board member in charge of competitions while Kamambo presided over Futsal and Beach soccer.

But members of the ZIFA assembly, as well as the association’s legal advisor Itai Ndudzo, said the pair’s departures would not have any impact on the administration of the game and the statuses of both the top-policy making body — the Congress — or the executive committee led by Chiyangwa.

Mabhena and Kamambo tendered virtually identical letters to ZIFA chief executive Joseph Mamutse ending their romance with the board.

The former Eastern Region chairman also said he was stepping down in order to prepare to contest in the next ZIFA elections.

“By copy of this letter, please be advised that I shall be stepping down from the position of ZIFA Board member effective 28 March 2018. I am alive to the fact that the mandate given to me by the ZIFA Congress at the by-election on the 5th of December 2015 ends on this said date,’’ Mabhena wrote.

“I would like to thank the ZIFA President, Dr Chiyangwa, my fellow board members, the ZIFA secretariat and most importantly, the ZIFA councillors who trusted and voted for me to represent them on the board, I am forever indebted to them! It has been a pleasure and an honour to have been a part of the ZIFA Board.

‘’I am so proud of the work that we put in under very difficult financial challenges but I’d also like to concede that there is still so much work to be done if we are to compete with the best in world of Football.

“May I take this opportunity to notify you, and indeed the larger family of football, that I only step down so that I can prepare and be ready for the next election which I hope will be announced soon.

I am a passionate football administrator, and a football fan at heart, hence I will not hesitate to serve my country in any capacity that presents itself in the future.

“I am available to help the association should there be a need for me to do so. I wish the association the best of all things good that work together to develop, promote, and control the game of association football in every form throughout Zimbabwe and beyond.’’

The letter was also copied to members of the ZIFA congress, ZIFA board members and the Sport and Recreation Commission.

Ndudzo said both Mabhena and Kamambo were entitled to make their individual decisions but that would not have any effect on the set up of a “duly elected executive’’.

“Mr Mabhena is fully entitled to his views and interpretations and we must always respect people and the decisions that they seek to make,’’ said the Harare lawyer who is also the ZIFA legal adviser.

“However, as far as the correct position is concerned, there is no provision in the Electoral Code or the constitution that allows someone to write a resignation letter when his term of office lapses.

“Resignation at law is a unilateral act. The executive remains in office and its term will lapse when the next executive is duly elected.’’

He said ZIFA had put the election process into motion when the Congress ratified the appointment of an Electoral Committee that would oversee the polls.

“The ZIFA election is already in process following the appointment of the Electoral Committee and once the guidelines are received from FIFA then the process moves another gear,’’ said Ndudzo.

“Those who are given to drama and melodrama can have their excitement but there is no amount of excitement that overrides the constitution.

“If your term of office has lapsed there is no need for you to resign because naturally the course of time will dictate that you cease to operate.’’

ZIFA Northern Region chairman Willard Manyengavana and his Southern Region counterpart Musa Mandaza said the duo’s resignations would not impact on the lifespan of the Congress which emerged from a fruitful annual meeting on February 17.

“I am not surprised. It’s their right and I don’t blame them but what is clear is that life goes on. That they have resigned is neither here nor there because I am sure the executive can easily deal with that and there is a provision for co-option,’’ said Manyengavana.

“I don’t believe that the ZIFA Congress should go simply because there are some board members who have resigned. In as much as we will not hold onto positions forever I believe that there will be elections at some point and we will go through that process.

‘’But for as long as we are there we should serve football and our constituencies trusted us to be there.

“Whoever has resigned or wants to resign, to me I take it as a sign of being tired, and replacements will always be found and the rest of the congress will Continue as we wait for elections to take place.’’

Mandaza said the regions and the provinces stood guided by their Election Roadmap.

“As regions and provinces we stand guided by the executive committee and the president on the roadmap, he is the one who can trigger the process through a proclamation and then the electoral committee oversees the process,’’ said Mandaza.

“I, however, want to make it clear that there is no crisis in the assembly, there has never been a crisis. We have all done our annual meetings in the lower echelons and we have the mandate of our constituencies and they are all aware that we are awaiting the guidance of the board on the elections. My only worry is that FIFA have taken a little longer to respond to our request for guidance.’’

Interestingly, Chiyangwa is in Madagascar at the invitation of CAF where a number of high-powered football leaders from around the world, including FIFA president, Gianni Infantino, will meet this Easter weekend.

‘’If Chiyangwa’s term of office had expired, he would not have received that invitation from CAF to meet with the world’s top football leaders during this Easter weekend in Madagascar,’’ said Sibanda.

‘’What we are seeing is the Sandton Project now coming out in the open and we will present our report to the public soon about what this is all about. But we have the mandate and we are not worried at all by those who might choose to leave or create drama.’’ Mashonaland Central provincial chairman Gilbert Saika felt there is “something strange in that both Mabhena and Kamambo resigned at the same time and their letters are basically identical.

“But what is important is that life goes, the resignations have no impact at all because the two guys do not represent congress. We just came from the AGM where we made resolutions and nothing has changed,’’ Saika said.

Saika who is also the spokesperson of the ZIFA provincial chairpersons, maintained that there had been no change in the circumstances to the resolutions they had made in January.

‘’As provincial chairpersons we do not associate with their move and we made our position clear well before the AGM and since then nothing has changed and it’s important to note that we were not under any illusions when we took that position,’’ Saika said.  The Herald