Hospitals run out of oxygen 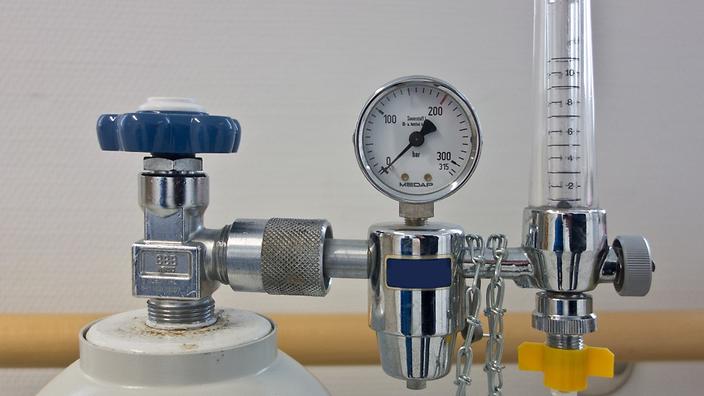 The country’s public hospitals, which have been struggling to stock drugs and replace antiquated equipment, have been hit by shortages of  oxygen gas which last Friday forced Harare Children’s Hospital to suspend normal services.

In medical parlance, oxygen is a gas required in every healthcare setting, and is used for resuscitation and inhalation therapy among a variety of other uses which include providing life support for artificially-ventilated patients and aiding cardiovascular stability.

The shortage of oxygen comes as doctors are battling to contain the outbreak of bronchiolitis which has seen a surge in the number of children seeking treatment.

According to doctors, Harare Central Hospital Children’s section on Friday ran out of oxygen, leaving children who had severe cases stranded.

“There is a shortage of oxygen at Harare Children’s Hospital and the situation has been made worse because there is an outbreak of bronchiolitis which is affecting children.

“Now the predicament here is that a lot of oxygen is required in its treatment and we have forwarded the concern with internal authorities but at the moment, we are not yet sure if and how the situation is going to be managed,” said a paediatrician speaking on condition of anonymity.

Parirenyatwa told the Daily News that government was working to have the oxygen available at the hospitals but bemoaned the foreign currency shortages and lack of innovation to produce the oxygen locally.

Zimbabwe does not manufacture the oxygen and relies solely on imports.

“We are aware there are challenges in terms of oxygen in the country. I am aware this is an issue that is being actively worked upon.  It is a major issue (none availability of oxygen) in most of our hospitals.

“It is a recurring problem due to importation hiccups. We have to have services restored very soon as government is actively working on this issue.

“We need to have our own way of innovating and not importing so that we can make our own oxygen in the country. This is something that the new dispensation will look at,” Parirenyatwa told the Daily News.

President Emmerson Mnangagwa government’s has so far not been able to end the myriad problems affecting the public health institutions.

Apart from having to replace old equipment, most State hospitals and pharmacies are struggling to stock drugs due to poor planning and failure to access foreign currency from the Reserve Bank of Zimbabwe (RBZ) for the importation of critical medicines.

Zimbabwe is relying on foreign imports for its drugs, equipment and hospital consumables and imports over $400 million worth of basic drugs each year.

The importation of drugs and essential medicines has been further worsened by the troubles at the country’s biggest pharmaceutical company — CAPS Holdings — which used to satisfy 75 percent of the country’s market.

Newly-born babies are vaccinated with BCG to prevent them from contracting TB, which is listed among the top six infant killers in the country.

In 2016, major referral hospitals also had to suspend many services as a result of the shortage of drugs, including painkillers — exposing how much things had fallen apart in the country since the early 2000s.

United Bulawayo Hospitals (UBH) and Harare Central Hospital were among the major health facilities that had to suspend normal services as a result of drug shortages, including pethidine — a synthetic compound used as a painkiller, especially for women in labour and during caesarean operations.

And Binga District Hospital, which is situated in one of Zimbabwe’s poorest regions, was also forced to scale back its services as a result of water and electricity shortages. DailyNews