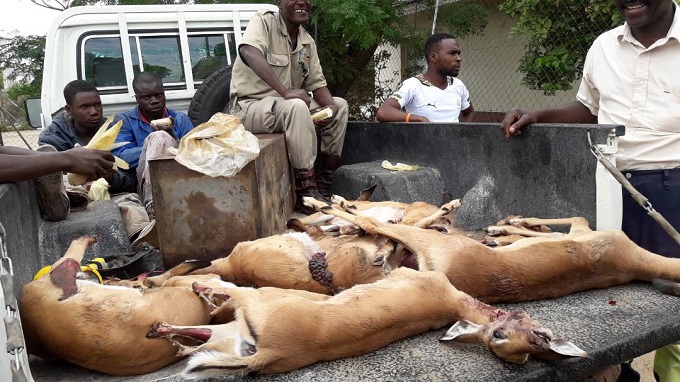 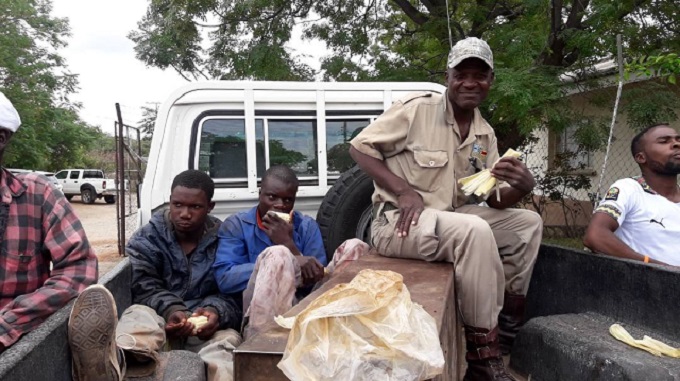 The duo, Votemore Singo (21) and Lightmore Muleya (20) all of Toporo Village under Chief Stauze, are believed to be part of a syndicate of poachers targeting impalas and elands in the safari area.

Sentinel Safaris is a tourism centre under the Great Mapungubwe Trans-frontier Conservation Area (TFCA). The TFCA is made up of parks from Botswana, South Africa and Zimbabwe. Sentinel Safaris operator, Mr Digby Bristow expressed concern with rampant poaching activities in the area.

Sombre atmosphere as Zimparks rangers killed by poachers are… 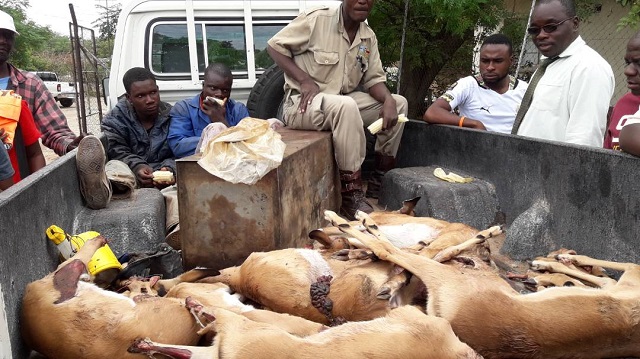 “We have noted with grave concern the level of poaching in this area. It is sad to note that some of the perpetrators benefit from the same wildlife under the CAMPFIRE project.

“The game rangers arrested the two men at around 2am, this morning after they had killed nine baby impalas. They were hunting using torches and dogs were busted at the slaughter zone, ”said Mr Bristow. 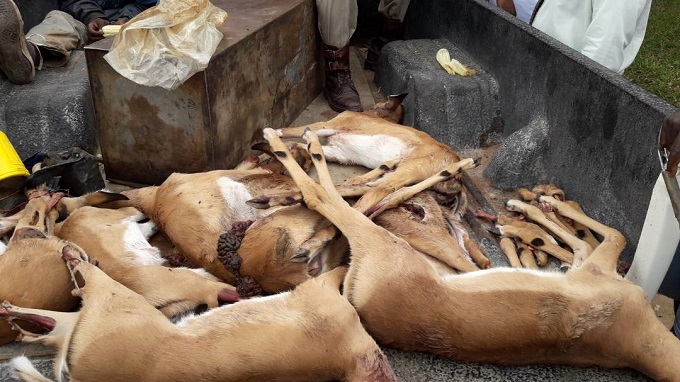 He said Muleya and Singo were arrested after the game rangers tracked them after spotting their hunting lights. Mr Bristow said the continued poaching of wildlife in the TFCA threatened tourism development activities national economic development.

He said the gangs were targeting mainly baby impalas and elands.

“In essence the wildlife heritage in Zimbabwe is facing extinction if we don’t address these issue of poaching. I want to appeal to members of the community to desist from poaching activities. We need to preserve our wildlife for the benefit of the future generation and economic development,” said Mr Bristow.

He said Muleya and Singo had since been taken to the police along with the carcasses of the one month old impalas. ​ Matabeleland South police spokesperson Inspector Philisani Ndebele could not be reached for comment.​ The Chronicle

Govt to comply with ruling on Zimsec case

Sombre atmosphere as Zimparks rangers killed by poachers are buried