Two white-only student residences in the city have been dealt a blow for not transforming – with one of them banned from taking part in any of the University of Pretoria’s traditional competitions this year. 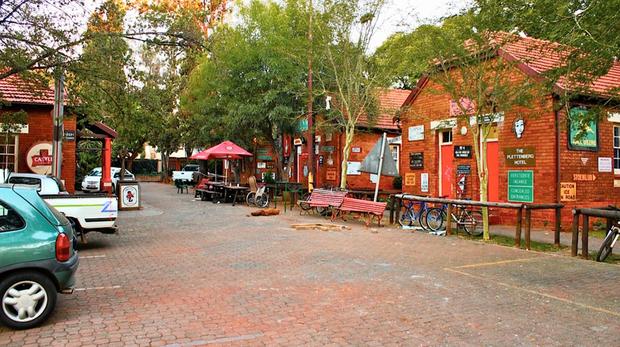 UP has had a long-standing relationship with Sonop residence, a privately-owned student housing complex which houses students of the university.

The university has banned the residence from participating in most of its activities because of insufficient transformation. Events include 1nSync and the Rag.

The prohibition was imposed by the university’s management and the SRC.

University spokesperson Rikus Delport said in recent years there had been challenges with regard to the transformation requirements set by the university for privately-owned student housing establishments.

“The university is sympathetic to the challenges facing Sonop in this regard, particularly given the high cost of operating student housing without any form of subsidisation,” he said.

He said university management had been involved in processes to arrive at a new memorandum of understanding with Sonop. Discussions, he said, were ongoing.

SRC president Kwena Moloto said the banning was not a new phenomenon and had been done before.

Moloto said the university had a transformation quota which the residence didn’t meet.

“To my knowledge, a third of the residence should house black people, in accordance with the quota,” he said.

Out of the 160 residents at Sonop, only six were black.

Moloto also dismissed claims that the decision to ban Sonop residence was solely taken by the DA-led SRC. He said different stakeholders, including the SRC, the department of student affairs and various other players, came to this conclusion.

Willie Spies, an old Sonopper and a lawyer for AfriForum whose son is now a second-year student staying at the residence, expressed his disappointment on social media with the university management and the SRC over this decision.

He wrote: “After the DA-dominated student council and university management insisted that Sonop be kicked out of all hostel competitions, including the first-year serry contest InSync, because Sonop is too white and too Afrikaans, the Sonop first years today kept their sarcasm for everyone interested in the West lawn.”

According to Spies, Sonop’s language policy had already changed as all hostel meetings were in English.

Sonop management said it would meet with UP management on Friday for further discussions. A press briefing would be hosted by Sonop to iron out the issues.

Meanwhile, the “whites and Christian only” De Goede Hoop hostel occupied by UP students was also dealt a blow by the Commission for the Promotion and Protection of the Rights of Cultural, Religious and Linguistic Communities, or CRL Rights Commission.

A complaint was lodged last March by community activist Yusuf Abramjee. He asked for a probe into the residence which was exclusively for Afrikaans and Christian students.

He and other complainants argued that the residence was unconstitutional and “is apartheid in disguise”. They called on the commission to probe the matter and make a ruling urgently.

When the commission visited the residence, it found that only white students were admitted. There were no black residents.

In addition, students were expected to write an Afrikaans essay to motivate their application.

The commission has since recommended that the writing of an Afrikaans essay be scrapped.

Further, the admission committee should be representative of all the demographics in society.

Abramjee said he couldn’t believe that, after two decades of democracy, institutions like these still existed.

He said the long battle finally yielded results. “I am delighted about this outcome, and I hope it sends a strong message to all the other institutions who are still living in the past,” he said.  Pretoria News