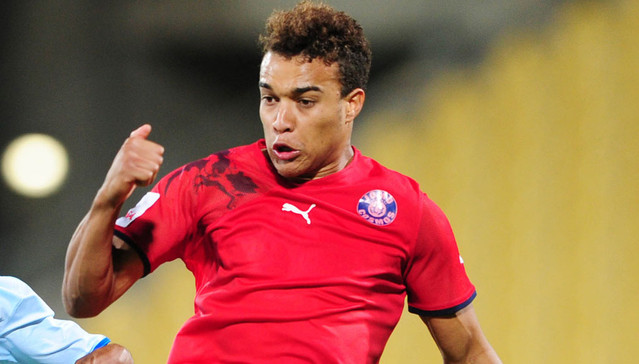 Cape Town City assistant coach Vasili Manousakis hopes new signing Matthew Rusike could prove to be their Sergio Aguero and score a glut of goals to help their cause. Manousakis believes the Zimbabwean will provide the missing link in the squad to ease their goal scoring woes.

In Rusike, City have a 27-year-old who has played in the PSL, while also arriving with experience gained in Europe with Portugal’s Nacional Madeira, Halmstads and Helsingborgs IF in Sweden and had a stint in north Africa with Tunisian outfit Club Africain. Manousakis is hoping the Zimbabwean will slot in right away in the Cape.

“Let’s hope Matty is our (Alexis) Sanchez or (Sergio) Aguero, that’s what we’re hoping for. Now it’s about how quickly we can get his (registration) card and see if he can make a difference,” he said.

City have scored 20 goals in 20 league games this season, with Ayanda Patosi and the departed Lehlohonolo Majoro the club’s leading scorers across all competitions with three goals apiece.

The former Kaizer Chiefs man was brought in as a free agent last week following the departure of Victor Obinna, as Manousakis explained, the Nigeria’s departure left the club scrambling for a new forward.

“It was tough for Victor on the personal side with his family. I think his wife has a business there in Russia, and all the rest of it . . . but the initial deal was only six months, and then afterwards we’d take it from there,” Benni McCarthy’s assistant explained.

“So it was a mutual agreement. He said he needed to go back, and we said okay. And then we were scrambling for another striker. It was taking Obinna time to adapt, but he was in fantastic shape.

“He hadn’t played in seven months and he eventually got to a point where he was looking good. I think we were paying for that experience in the changing room, at the training ground – you don’t get that every day, but now unfortunately he’s gone back home.”

Meanwhile, Ajax Cape Town continue to plead their innocence over the Tendai Ndoro saga despite the fact that the Zimbabwe international has played for three clubs during one league season.- Sport24-KickOff.