Shabanie Mashaba Mines (SMM) Holdings will resume asbestos production at Mashava Mine by end of March this year after securing the initial funding required to restart operations. 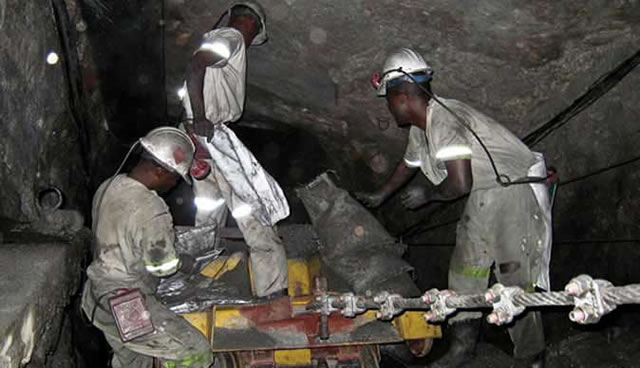 This comes as Government last year said the mothballed mine would resume production given strong demand for its high grade asbestos and the ease of restarting it.

Mashava is located in Southern Zimbabwe, 40 kilometres from Masvingo town.

Mawere wants ZACC to investigate how SMM has been collecting…

It is believed that Mashava Mine sits on $1 billion worth of reserves.

Estimates indicate that revival of the closed mines could earn Zimbabwe up to $180 million in export revenue annually, given strong prices of asbestos on global markets.

Mrs Likukuma told Turnall workers last week that significant ground has been covered in making sure that Mashava resumes production early this year.

SMM, which also operates Shabanie Mine in Zvishavane, shut down mining operations in 2004 after the Government annexed assets from proprietor Mutumwa Mawere through a reconstruction order, amid allegations that the mining company was State-indebted and insolvent.

The RBZ board chair Mrs Likukuma, who is also Turnall chairperson, said resumption of Mashava is critical as Turnall will stop importing asbestos fibre.

“By beginning of March this year, they must have restarted operations. During the festive holidays, they did not stop working on the plant to resume operations.

“The mine sold its properties to raise funding required to restart operations. They sold their mine houses to Great Zimbabwe University,” she said.

“That is how they mobilised funding to resume operations, but prior to that they had been completely closed and not even a single person was working there.”

Mines and Mining Development Minister Winston Chitando told Parliament last week that a de-watering process of flooded shafts was being carried out at Shabanie and Mashava Mine.

He said a total of 50 workers had been engaged to process dumps at the two mines. The minister said the number was expected to rise to 300.

Recently, the management completed a report detailing financial and technical requirements for revival of Mashava Mine.

A preliminary report by the management showed that at least $20 million is needed to restart the two mines.

When Mashava starts operating, management will then start work to reopen Shabanie Mine.

Mashava Mine has capacity to produce 75 000 tonnes after reopening. Official records also show that the mine has deposits to last at least 17 years.

Zimbabwe has for long been fighting attempts by some developed countries to ban trade in asbestos over claims of health risks.

The Government of Zimbabwe however insists that if used in a manner that controls inhalation of the fibres, white chrysotile is not only safe to use, but one of the country’s most strategic minerals in terms of its ability to bring export revenue and centrality in the provision of water, sanitation infrastructure as well as low cost housing.

At present, Turnall and other Zimbabwe asbestos material producers, which used to take up 5 to 10 percent of the fibre from SMM, import fibre from Brazil and Russia.

In 2013 alone, Turnall spent as much as $21 million dollars in imports which could have been used to create and save jobs on the local market.

Zimbabwe Stock Exchange listed Turnall has since stopped production of asbestos roofing sheets at its Harare plant, resulting in loss of jobs. Only the company’s Bulawayo plant is still producing the sheets.

With respect to labour, Zimbabwe’s asbestos mines employed well over 3 000 people who took care of about 25 000 direct dependants. The Sunday Mail