I knew straight away I had made a stupid mistake, says Rooney

Wayne Rooney admits he made a mistake over his drink-driving charge, but the Everton star says his community service in a garden centre is “relaxing”. 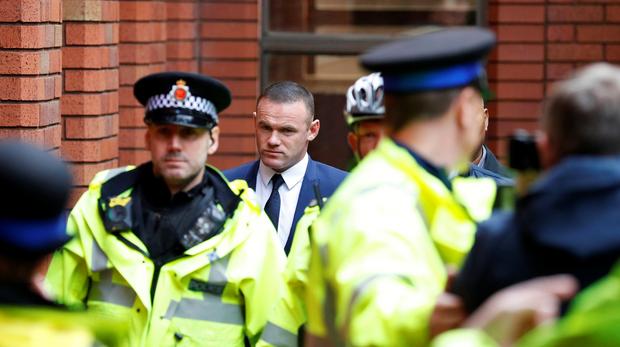 Rooney was ordered to complete 120 hours unpaid work after admitting being nearly three times the legal limit while at the wheel of a woman’s car.

The former England and Manchester United captain was also banned from driving for two years.

Rooney regrets a mistake he said hurt his children, but he has found redemption in his community service.

“I knew straight away I had made a stupid mistake, and I have to move on,” Rooney told TalkSport.

Wayne Rooney arrested for being drunk and swearing in public…

“It is not nice, obviously. I’ve got children and it’s not nice for them to see that, and I try and move on and learn from it, which I feel I am doing.”

Rooney said he is about halfway through his community service, adding: “I’ve really enjoyed doing it. It’s been working with adults with learning difficulties in a garden centre.

“Especially around this period, this Christmas period, going in and helping them with different things they’re making over Christmas.

“I think it’s a place now where I’ll certainly keep in touch with when obviously my hours are over.

“Seeing what they do, obviously they need support in what they do, there are a lot of adults with learning difficulties who just need a little bit of help and a bit of guidance and someone there to help them.

Asked if he gets any “stick”, Rooney said: “No, not at all. We actually don’t even talk about football in there.

“It’s a refreshing place to go and it’s relaxing, you’re working with people, doing different things which I wouldn’t have done if I didn’t go there, so it’s been great going there.”

The 32-year-old pleaded guilty to drink driving at Stockport Magistrates’ Court following an incident in the early hours of September 1.

Rooney, a married father of three children, had reportedly left a cocktail bar in Cheshire in a taxi with 29-year-old Laura Simpson, and later went on to take the wheel of her vehicle.

Police on mobile patrol stopped Rooney after they noticed a rear tail-light out.

After failing a roadside breath test, Rooney was taken to a local police station where he produced a reading of 104 microgrammes per 100 millilitres of breath, the legal limit in England and Wales being 35 microgrammes. AFP