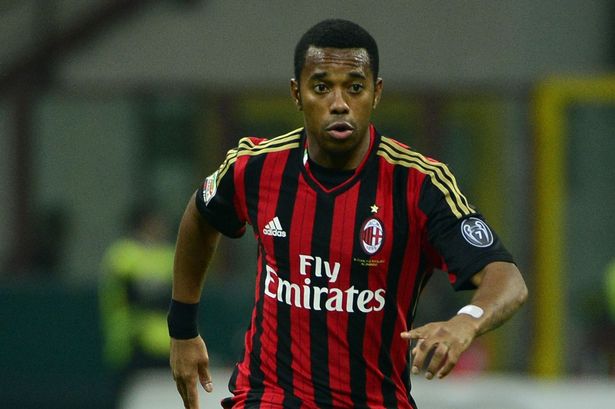 The 33-year-old, who is currently back playing football in Brazil, denied assaulting a 22-year-old woman at a Milan disco.

Former Manchester City forward Robinho has been sentenced to nine years in prison for sexual assault, according to Sky Italia.

The Brazilian, 33, was found guilty of assaulting a 22-year-old woman at a disco in Milan in 2013, when he played for AC Milan.

Robinho, whose full name is Robson de Souza, is currently in Brazil, where he plays for Atletico Mineiro.

He had denied the charges, but was found guilty in absentia by an Italian court.

Five other men were also accused of the same crime. Their sentences are not yet known.

The Corriere della Sera newspaper reported that the Albanian woman had been made to drink “to the point of making her unconscious and unable to resist”.

Robinho and the five men were then accused of engaging in “sexual intercourse multiple times in a row” with the victim.

The Brazilian has the right of appeal and the sentence will not be enforced until that process has been completed, according to Sky Sports.

He played more than 40 games for Manchester City between 2008 and 2010 after signing from Real Madrid for £32.5m – at the time making him the most expensive player in British football.

He then went on loan to Brazilian side Santos, before joining Milan. Sky News

Zimbabwe…. from here our economy rises!