Partners in crime gun down Zim thug in Jo’burg

A ZIMBABWEAN armed robber based in South Africa was shot dead in a nasty shoot out following a misunderstanding between gang members on how to share some loot. 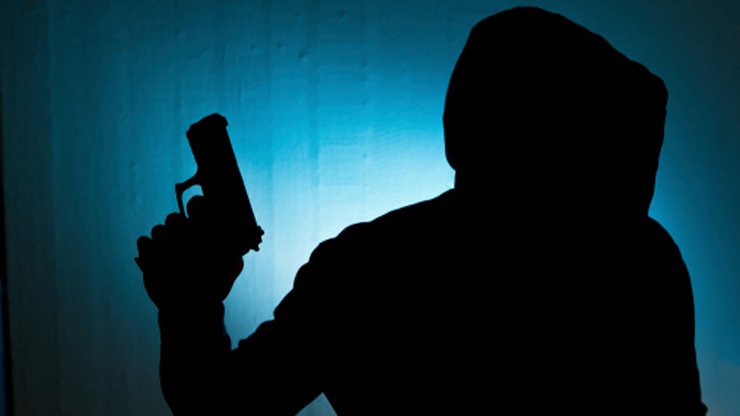 Quiet Mpofu (26) of Shaba Village under Chief Gampu in Tsholotsho was shot once in the head and once in the chest by a fellow gang member on Saturday.

Another accomplice, alleged to be a Zimbabwean, was injured and is hospitalised in South Africa following differences when it was time to share the loot between the gang members made up of Zimbabweans and South Africans.

The shootout occurred on Saturday night in Hillbrow, Johannesburg where all five gang members allegedly lived.

Zim couple gunned down in SA

A source close to Mpofu’s family said all the gang members fled from the scene following the shoot out, leaving Mpofu for dead.

“It is sad to lose a child in such a manner. I know my son was a gangster down in South Africa and as much as it is sad that he was shot, I am not surprised this happened.

“He has his brothers there, but Quiet led a different and dangerous lifestyle. Such a life is even more dangerous in South Africa because the thugs there do not value human life,” said Mr Mpofu.

“Right now, I am busy running around with my ward councillor who is assisting me to ensure that I get identity documentation for my son as he didn’t have even a birth certificate.

“He also did not have a funeral policy or whatever and I am in a tight situation to make sure the body comes home for a decent burial.”

Mr Mpofu said he had six sons and he had lost his fifth born child whom he said had died like a dog.

Ward 16 Councillor Patrick Ngwenya, who is assisting Mr Mpofu to ensure that the body is brought home, expressed concern about people from his area dying due to violent crime in South Africa.

He said Mpofu last visited Zimbabwe last month and during that time, he threatened to shoot some people.

“Every now and then, my ward loses a child, relative, friend or parent in South Africa due to shootings, gruesome murders and road traffic accidents. He was here just last month and during that time, I must confess, I received a lot of complaints from villagers who claimed to have been threatened by the young man. He was always armed with a pistol and threatened to shoot many people whenever he visited home,” Cllr Ngwenya said.

He urged youths to shun crime and concentrate on their studies to get decent jobs.

“It is very embarrassing to always address a funeral where everyone is well aware of the deceased’s gangster lifestyle when they are outside the country,” said Cllr Ngwenya.

He said they were not sure when Mpofu’s body would be brought home for burial as he did not have identity documents. The Chronicle

DJ Tira to leave Zodwa behind

Zim couple gunned down in SA