More than 200 people, including 21 schoolchildren, are dead after a magnitude 7.1 earthquake rocked central Mexico on Tuesday afternoon, hitting on the 32nd anniversary of the biggest quake to strike the country’s capital.

Yesterday’s earthquake was centered about 75 miles southeast of Mexico City and caused extensive damage, leveling at least 44 buildings, including homes, schools and office buildings, according to Mexican President Enrique Pena Nieto, who did a flyover of the city Tuesday afternoon.

Among the dead are at least 25 people — 21 students and four teachers — at a collapsed primary school in the south of the capital. So far, 11 people have been rescued, but two students and one teacher remain missing, according to Education Minister Aurelio Nuno. 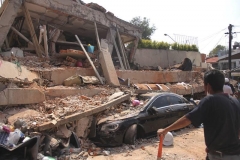 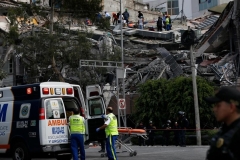 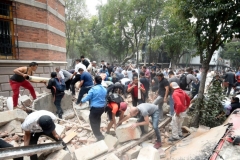 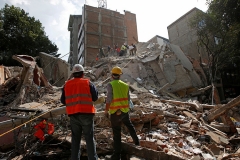 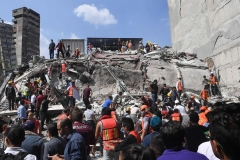 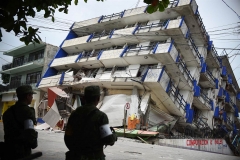 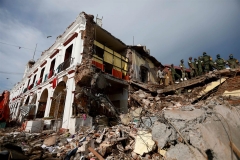 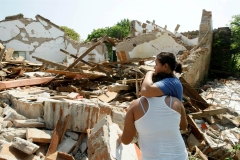 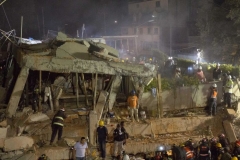 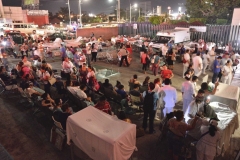 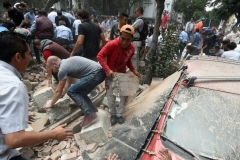 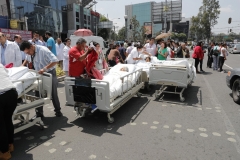 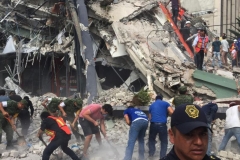 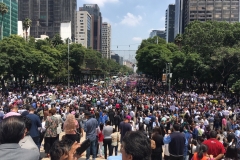 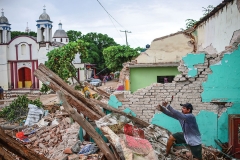 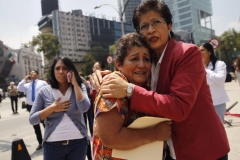 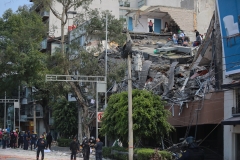 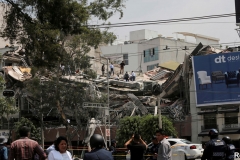 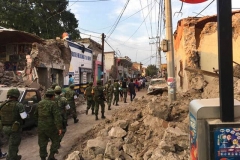 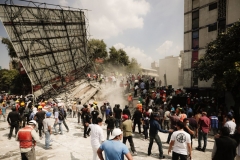 Rescuers continued to comb through the wreckage, looking for survivors Wednesday, pausing to listen for voices. Relatives told The Associated Press they received WhatsApp messages from two girls inside.

“Children are often the most vulnerable in emergencies such as this, and we are particularly concerned because schools across the region were in session and filled with students,” said Jorge Vidal, the director of operations at Save the Children in Mexico.

Hanna Monsivais, the programs coordinator for Save the Children in Mexico, said she has been out on the streets in Mexico City with hundreds of other people trying to help their neighbors. But entire streets have been cordoned off, and numerous buildings are still too dangerous to enter because of damage.

“Volunteers are bringing water, food, clothes and face masks so that they can help the official authorities move all the debris and rocks, because there are still people trapped under buildings,” she said.

She added, “Every once in a while, authorities ask for silence so they can hear the people who are still trapped. It’s amazing what people are doing for others, but some people are clearly still in complete shock.”

Many areas were still without power today, and communications remained limited, Monsivais said.

“This night is going to be tough,” she said. “For sure, tomorrow the death toll will rise.”

“I felt the ground shaking, and I heard everyone screaming and starting to run,” he said, adding that he initially thought he was in the middle of a terrorist attack.

Smallwood stopped in Mexico City for a long layover after a vacation in Medellin, Colombia, and spent the day exploring the capital. He was getting ready to go through security at Mexico City International Airport for his 3:35 p.m. flight back to Dallas when the earthquake struck.

Parts of the ceiling were “swinging back and forth,” he said, and the panicked crowd took off “running in every different direction.”

The tremors lasted for six to seven minutes, he estimated. After the shaking subsided, first responders swooped in to help the injured, and a fleet of military and police helicopters buzzed overhead, he said.

Smallwood’s flight was rescheduled for 8:30 a.m. today, so he needed to find somewhere to stay for the night, he said.

Tuesday’s earthquake — which hit around 1:14 p.m. local time near the town of Raboso in Puebla state, according to the United States Geological Survey — came 12 days after a magnitude 8.1 quake struck off Mexico’s southern Pacific coast, killing dozens of people.

The Sept. 7 earthquake devastated Juchitan in Oaxaca, where at least 36 people died and one-third of the city’s homes collapsed or were rendered uninhabitable, according to Mexico’s president.

Residents there were still reeling from that quake when they were rattled again Tuesday.

“People, rightfully so, were already sleeping outside because of fear for aftershocks, and then comes this big earthquake,” said Eduardo Mendoza, a senior program manager for Southern California–based medical supplier Direct Relief. ABC News