Two Harare brothers are at loggerheads over a ritual performed at the family home meant to enhance supernatural protection but allegedly backfired leaving a child crippled in the process. 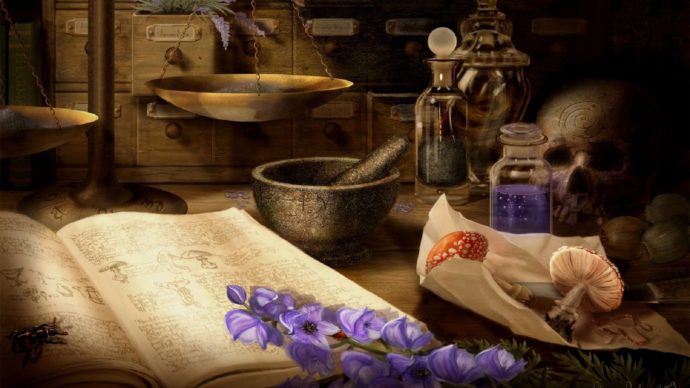 Cornelius Chimbo is at odds with his brother and businessman, Simon who he accuses of using juju whose reprisal he believes caused his daughter’s disability.

The 16-year-old-girl, Audrey has been partially deaf, dumb and crippled since 2006 despite having been born without any disability.

Simon who is the senior brother together with two strangers allegedly performed rituals at his home in Mabvuku where he stayed with his brother’s family.

His brother, Cornelius alleges he came with two strange men around 10pm and awakened everyone in the house.

It is said Simon’s wife went into the bedroom and grabbed Audrey and he spat in the child’s face. They went on to sprinkle water in the house.

A few days later it is alleged the demise of the child began as she fell sick. Mother of the child, Phebbie Chimbo, said her daughter became crippled at the age of five after the rituals.

“Five years after I gave birth to her, the senior brother to my husband came clad and arrayed in traditional healer’s regalia and headgears. He spat and sprinkled some coloured water on the child.

“After the incident, Audrey got sick, she just went dumb, foamed in the mouth and could not walk. She has been deaf until today. But then his business bloomed,” she said with tears in her eyes.

Audrey’s condition could not be ascertained by medical professionals with the mother highlighting that a medical practitioner once referred her to traditional healers.

According to family members who spoke to The Sunday Mail Society, Simon runs successful businesses in Highfield and they attribute it to the use of juju and rituals.

The brothers’ sister, Dorcas Chimbo Jangano even claimed whenever they visited the accused, strange voices are heard from the ceiling of his house in Highfield.

“There was a time we went to his house in Highfield and you just hear voices speaking especially when you are asleep. Since then I have never gone back. It is Simon who has caused divisions in my family,” she said.

Cornelius said his brother uses goblins to run his business at the expense of family members.

“The whole family knows it,” he said

In a telephone interview, the mother of the two brothers who is based in Honde Valley also alleged that his son uses juju and they have not been in good books since the discovery.

“I was told by Cornelius and his wife that they had gone to church to find a solution. They said he confirmed at a local church that he was responsible for the illness of the girl. He is now ashamed to admit but the business is down now. I know he uses juju,” she fumed.

Sources close to the family said Simon confessed at the shrine of an apostolic sect church and in the presence of family members that he was responsible. It is said he went on to offer his brother a house as payment for his daughter’s condition. Leader of the Unity Apostolic International Church, Bishop Mwale confirmed that the duo once approached him but Simon denied being behind the condition of the child.

“They did come and I told them that these were family matters and should be resolved at home. I only helped them with bus fare for the child when they came to my church,” he said.

In response to the accusations, Simon said his family members wanted to tarnish his name.

“Why would I do such a thing to my own blood? I had an accident as you can see my leg and my hand I am also disabled,” he said.

After being asked whether he brought two strange men to his home for rituals, Simon said it was meant to protect his home because he also had a daughter who was repeatedly attacked by unseen things whilst asleep.

“I also had problems. I have a child who had strange spiritual attacks. So I needed that to be sorted out,” he said.

Speaking on the phone, Simon Chimbo’s wife said these were family matters and newspapers had nothing to do with it.

Matters of this nature are not unique in the traditional setup among African societies. A sociologist, Darlington Nyabiko, said there is no evidence that juju works in business.

“People have the right to believe in juju, but they have no right to harm others in its name.

“There is no evidence that juju works in business. Most accusations of such nature are grounded on envy, jealous, crookedness and trickery.

“Whichever way, the fundamental belief is that juju is seen as a practice that people use to harm others more than to help people.

“Second, people use it only for self-interest.

“For instance if one wants to acquire wealth through supernatural powers, he or she will have to sacrifice something or another person to enable the ‘medicine’ to work,” he said.

Apostle Vusani Mapfumo of God’s Favour Ministries confirmed the existence of juju, but said it was the work of the devil.

“Juju is there and these are supernatural powers from the devil himself.

“Only the word of God can deliver people from powers of darkness,” he said.

Law experts say it is very difficult for the law to bind people who use black powers as there is no evidence to prove the attack on the victim physically.

In a story carried by this publication last week, a Kadoma man was arrested for attempting to sell his eight-year old daughter to a Chivhu businessman for rituals. The Sunday Mail

SAPS ordered to pay R150k to humiliated and illegally…