Retired footballer Marks Maponyane and his wife Sylvia took transfers from their marriage of 39 years after another domestic fight in which she accused him of taking out a life insurance cover for her without her knowledge. 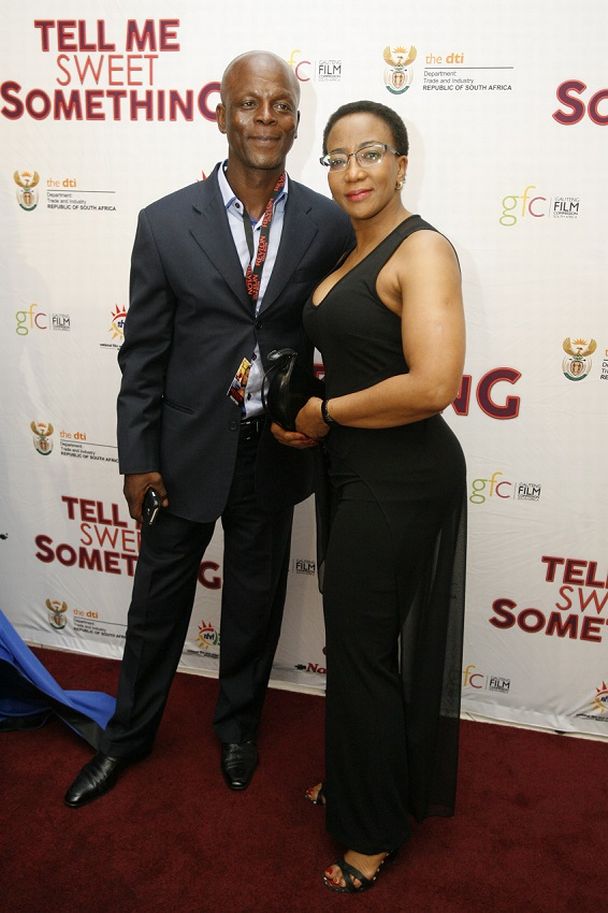 The estranged Sylvia has vacated their posh marital home in Midstream Estate, east of Joburg, and is now living in their apartment in Lyttelton, Pretoria.

She claimed that among a litany of things that made her gatvol was when he told her that “I’m watching TV” when she hysterically phoned to tell him that she was trapped in her car after being involved in a crash in Joburg in January.

She also claimed that Maponyane told her “I have a few errands to run” when she phoned to inform him that she has been robbed at gunpoint, also in January.

“I was pleading with him to accompany me to the police station as I was too traumatised to drive,” she said.

Sylvia also claimed that Maponyane broke the window of her condo but police did nothing when she informed them of the incident because they were biased in his favour because he is a celebrity.

The shocking tidbits come after Maponyane, now a sports commentator on SABC, unleashed police on his estranged wife for violating the protection order he obtained against her.

He told police that she gained entry into their Midstream Estate house by jumping in through the window about a fortnight ago. As a result, she spent a night in police holding cells in Olifantsfontein and is expected to appear in the Tembisa Magistrate’s Court next month.

Sylvia confirmed she was arrested for violating the order but could not deny or confirm the other allegations against her. “I was not aware that I was violating the order. I went to the house to get my car and found that the door locks had been changed.

“I was arrested for that. It’s funny that when he violated a protection order I obtained against him by breaking the window of my apartment nothing happened to him.”

“About the allegations of a life cover dispute I cannot confirm or deny that at the moment,” she added.

Maponyane confirmed Sylvia confronted him about taking a life cover policy without her knowledge.

“She confronted me about that and I told her those are very serious allegations and asked her if she has proof as that could work against her. I didn’t do that,” he said.

Maponyane also confirmed that he refused to go to the accident scene in Sandton because he did not understand what she was doing there. “She got involved in a car accident on a Friday in Cape Town. When she returned she went to her doctor in Parktown after a few days because she had a whiplash that she wanted to attend to.

“She called me when she was done and told me she was on her way home and asked me what takeaways she should bring home. My assumption was that she was coming home.

“After 15 minutes she phoned me and said she was involved in an accident in Sandton. I asked her ‘look, I’m watching TV, what were you doing in Sandton?’ She told me that she went to Sandton because there was a perfume sale there.”

He also denied he broke her apartment’s window.

“I went there … in fact it was not in January this year, it was in 2008. I was looking for her and didn’t find her. She ignored my phone calls. I then went to the garage, took a screwdriver and knocked the window a bit so I could see if her car was in the garage. So do you call that breaking the window?” he asked.

He said Sylvia was fabricating these stories because she was hurting.

“Our last court case didn’t go according to her plan because on the day she violated the order, it was not raining.”