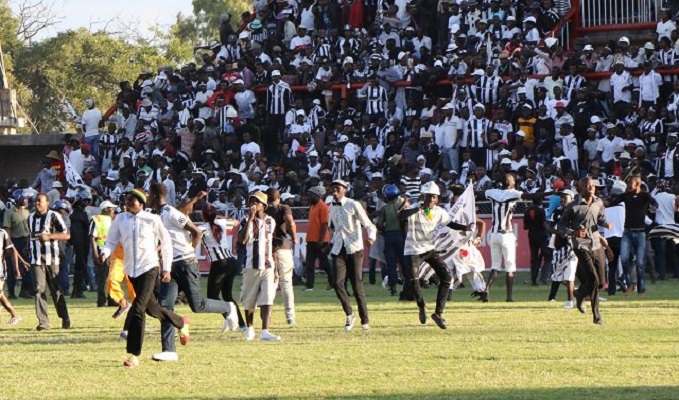 Highlanders supporter Josphat Mzaca Ngulube took to the streets of Bulawayo to demonstrate against the recent Premier Soccer League (PSL) ruling against his club.

The PSL ruled that Highlanders fans caused the abandonment of the game after they protested against a controversial equaliser scored by DeMbare’s Cameroonian forward Christian Ntouba.

Ngulube, who is a former Deputy Director and Provincial Head in the ministry of Sports and Recreation, moved around the Bulawayo Central Business District, carrying a placard before completing his march at the popular Joshua Mqabuko Nkomo statue.

“I realised that Highlanders is a big family and if we had to demonstrate at once we will disturb a lot of business in town,” Ngulube, who had a lot of support from onlookers, said.