Can new CSC board make a difference?

Optimism abound in President Robert Mugabe’s government after the administration achieved what its diehard supporters call huge strides in reviving farming — the mainstay of the country’s economy — through Command Agriculture. 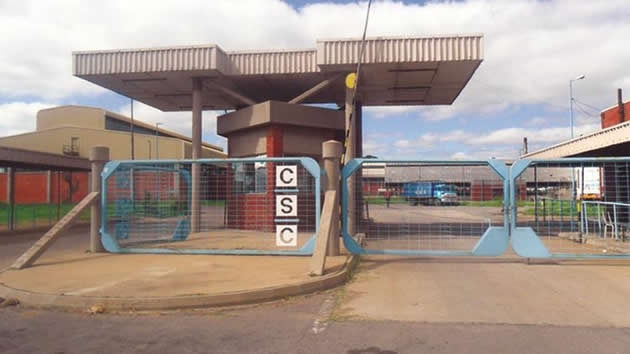 Buoyed by the success in agriculture where, for the first time in two decades the country produced a bumper harvest, bureaucrats in President Mugabe’s administration are keen to replicate that success story in other areas, including in the parastatal community.

At the Cold Storage Company (CSC), the ball has been set in motion to pull the struggling beef processor from the brink of closure.

Last year in October, government approved a turnaround strategy for CSC, four years after it had been tabled for its consideration.

The pay-as-you-go pension scheme is under a new team, which has a point or two to prove.

Led by investment banker, Robin Vela, NSSA wants to inject US$18 million into CSC to revive the asset, generate fresh jobs and ensure that it begins to contribute to the fiscus.

CSC was once a strong player in the beef industry before it got afflicted by a common disease affecting all the parastatals in Zimbabwe.

It used to be Zimbabwe’s biggest supplier of beef on both the domestic and export markets — employing in the upwards of 5 000 workers.

At its peak, CSC would handle 150 000 tonnes of beef and associated by-products annually.
That was then.

Today, it has been consigned to the intensive care due to years of undercapitalisation, mismanagement, greed, cattle disease outbreaks, a decline in the commercial herd, aged transport fleet, huge debt and corruption.

CSC is current weighed down by a debt of around US$25 million, which it has been battling to settle.
It stopped exporting beef in 2007 because of the outbreak of foot and mouth disease.

The European Union (EU) was one of its biggest markets. That market was lost after CSC failed to meet its requirements — an annual quota of 9 100 tonnes of beef.

CSC also had a US$15 million revolving payment facility with the 27 member EU bloc under which it was paid in advance.

The parastatal used to earn the country at least US$45 million annually in foreign currency receipts which, if the trend had continued, could have gone a long way towards easing the liquidity crisis afflicting the country’s economy.

While it has a carrying capacity of 8 533 animals at its farms across the country, the numbers have nose-dived to about 700 cattle.

At the moment, CSC is operating at less than 10 percent capacity.

Currently, it owns abattoirs in Bulawayo, Masvingo, Chinhoyi and Kadoma and several ranches across the country, although the majority of the abattoirs are currently derelict, with only the Bulawayo unit functional.

Made is expecting the board to give clear policy direction to management and rekindle the good old days at the beef processor.

“The board is expected to focus on the strategic direction of rebuilding the national herd so that the country could revive its beef export markets, particularly in Europe and Asia,” said Made when he unveiled the new board.

“I expect this board to deal with matters that relate to management in terms of resuscitating the opportunities of the workers, paying attention to employment creation. I hope we will turn around the fortunes of CSC.”

Corporate governance experts, however, doubt if the new board has what it take to turnaround CSC’s fortunes.

They have been quick to raise the red flag, saying a quarter of the board members are related to members in President Mugabe’s Cabinet, implying cronyism could have influenced some of the appointments.

Nyoni is husband to Sithembiso Nyoni, the Minister of Small to Medium Enterprises and Cooperative Development.

Critics said it was important to get the right people in board positions so that they can sufficiently exercise their oversight function, without pandering to the whims of their benefactors.

A strong board is also capable of inspiring confidence among other publics, among them financiers, who are quite critical at this juncture in the history of CSC.

Given that the new board has no beef expert and that the majority of its members have been recycled from other State enterprises under Made’s portfolio, there is really very little in the latest appointments that can excite the market.

Tsitsi Mutasa, a corporate governance expert and managing consultant at Quality Corporate Governance Centre, also known as the Zimbabwe Leadership Forum (Zimlef), which contributed significantly to the national code of corporate governance (Zimcode) launched in 2015 by Vice President Emmerson Mnangagwa, said basic principles of board appointments may have been violated in the CSC appointments.

She said: “Basic principles of transparency in terms of appointment are important. The Zimbabwe Constitution speaks about merit-based appointments and the Zimcode is advocating for a balanced board in terms of skills, background and gender, among many things. The much-awaited Public Sector Bill is now crucial to aid or facilitate a transparent and robust (board) appointment process. The Bill will create a body which vets potential board members for the public sector. The current process where individual ministers have the final say on who goes on boards is not ideal. Best practice is that the board should be representative of the broader CSC community. I am not sure if this current board meets that criterion. I am also not sure if in terms of conflict of interest, some of the members have been vetted. Where they have done well is the diversity where I believe they have appointed some people from Bulawayo.”

In several reports produced by Members of Parliament and the auditor general, Mildred Chiri, Cabinet Ministers have been rapped for appointing their cronies to parastatal boards, a situation that has led to poor performance.

Due mainly to lack of corporate governance and maladministration, parastatals have failed to support economic recovery, making them perennially dependent on the fiscus.

This has negatively impacted on the operations of State-owned enterprises, which used to contribute 40 percent to the country’s economy.

“The next question will be how will that person be searched from the market? The appointing authority should not do it alone if it wants to get the character that will deliver. This means that there should be a committee, which has experience to search for directors from the market,” said Dube.

In the case of the CSC, Dube said it did not matter whether the board members were related to Made’s colleagues in Cabinet or not, as long as “they meet the criteria and can discharge their duties without being compromised. It’s ok but if relationships can be avoided in appointment of board members, let it be”.

A human resources expert, Emmanuel Jinda, agreed with Mutasa and Dube, noting that the critical aspect was whether or not those related to politicians were competent enough to deliver.
Jinda said: “Obviously it’s not the way to go (to appoint cronies to public boards). It should always be merit based. It really does not matter whether members are related to politicians or not. What is key is to ensure that the board is populated by competent people despite where they are coming from. So, whether they are related to politicians or not, it does not matter. What matters most is: Are the members competent enough to ensure that CSC rise from the dead?”

In its 2012 strategic plan approved seven months ago, CSC wants to mobilise funding internally through measures such as disposing idle assets in Harare, Kadoma and Gweru, worth an estimated value of US$4,5 million.

Agricultural expert, Solomon Phiri, said reviving CSC would be a tall order because there are no cattle to talk about and there is not enough funding to revamp its equipment and ranches.

“They have, also, to deal with the menace of diseases such as foot and mouth,” he said.
Zimbabwe has 5,6 million cattle, and the biggest number of livestock comes from the communal sector.

CSC’s fortunes were set to improve when Zimbabwe and Botswana signed a Memorandum of Understanding in 2011 for CSC to slaughter Botswana’s cattle under the Botswana Meat Commission, but it bungled the deal after failing to pay for delivered cattle worth more than P2 million.

This forced Botswana to pull out of the cattle deal in 2012.

Apart from poor management, farmers reneged on loan facility agreements by selling heifers provided by CSC to competitors thereby worsening the crisis at the parastatal.

The farmers were given heifers under a contract-farming agreement.

Under the arrangement, they were to raise the heifers and bring them for slaughter to the CSC after about three years.

Analysts said the new board should be given a chance to prove itself regardless of their background.
Soon, the jury would be out.

As the appointing authority, analysts said Made has the prerogative to appoint board members to parastatals under his portfolio, but what is key is to judge each one of the appointees on their capabilities.

“Let’s give them a chance because this is a new board with new ideas to revive CSC. Let’s see what they can bring on the table,” said agricultural economist, Robert Chitsiko. Financial Gazette