The Zimbabwe Revenue Authority (ZIMRA) has intensified efforts to collect taxes from the informal sector as it desperately seeks to shore up State coffers. 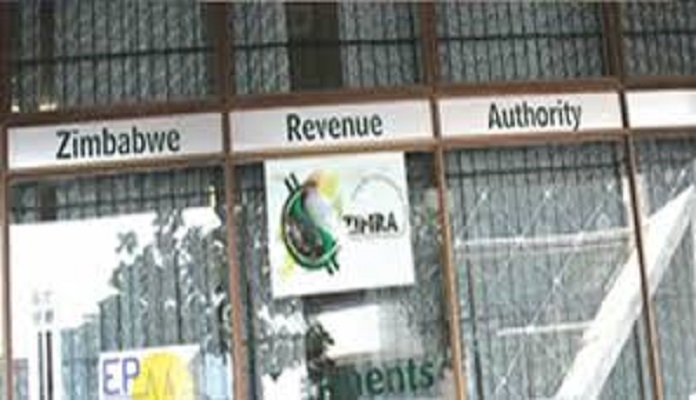 The country’s informal sector has expanded over the years, absorbing the bulk of the retrenched and the unemployed graduates.

For some time now, government has been eager to find a way to tax the informal sector players, who include traders and manufacturers of an assortment of household and industrial products.

And in an effort to capture a proportion of the sector’s income, government a fortnight ago introduced a number of new taxes targeted at the informal sector including hair dressers, commuter omnibuses, airtime vendors, driving school owners, tobacco farmers and many others.

Tax experts told the Financial Gazette’s Companies & Markets (C&M) that the move would improve revenue collection but highlighted that implementation would be difficult.

They said it was not going to be easy for government to tax the informal sector because most of the players did not keep records of their business.

A large number were unregistered businesses and many others did not have fixed places of operation.

Government started implementing the plan a fortnight ago, enforcing the introduction of a 10 percent withholding tax on tobacco farmers without tax clearance certificates. But that move was reversed after farmers protested at tobacco auction floors.

“Yes, there is likely to be an improvement in revenue collection but the implementation will be very complex,” said Josephine Matambo, a tax director at PKF Chartered Accountants, commenting on government’s plan to widen its tax net.

Another tax expert, Emmanuel Lopes, said: “If it’s done properly, it will work because the economy is now highly informalised, meaning that government needs the informal sector more now than before. But then, I think the implementation will be very intricate.”

The pursuit of the informal sector comes at a time when government’s revenue base has continued to dwindle, eroded by a shrinking economy, itself affected by company closures and increasing job losses.

Economist, Melusi Sibanda, said government needed to interrogate its plan carefully.
Sibanda said: “The problem is that the informal sector is not showing willingness to pay taxes and government is not admitting that this economy has no capacity to meet the current government’s expenditure level. Therefore, it should not continue to put pressure on ZIMRA to collect when it’s clear that it (government) has to rein in its expenditure first.”

Many companies have closed due to several challenges, including liquidity constraints, antiquated equipment and insufficient credit lines.

The majority of those still in operation are either on the verge of collapse or have closed completely, rendering thousands, of workers jobless and adversely affecting revenue collection.

Apart from company closures that have claimed thousands of jobs, the country’s frail economy has suffered knocks from retrenchments.

Furthermore, it remains difficult for the remaining few companies that are still operating to comply with tax demands.

Farai Mutambanengwe, the founder and chief executive officer of the Small to Medium Enterprises Association of Zimbabwe, said government was desperate to collect revenue.

He said some tax laws introduced by government were unfair.
“The ultimate objective is for traders to be tax compliant. At the end of the day, laws are laws; traders have to comply. But it’s unfair, especially the withholding tax law, which doesn’t take into consideration the profit and loss position of traders,” said Mutambanengwe.

“Obviously, the latest move by government shows that it is desperate to collect more revenue. What government is doing is now more like fund raising because sometimes, the strategies government is coming up with are not friendly. There is nothing we can do because laws are laws but we will continue to engage government.”

Marvellous Tapera, a tax director at Tax Matrix who recently launched his latest book on tax matters titled The Tax Practice and Concepts, said: “This economy has seen many companies closing, meaning that government is not getting as much revenue as it should.

We are also talking about employment levels that have also gone down. And with import substitution, in terms of Statutory Instrument 64 (of 2016), customs duties are also coming down. So the only revenue stream that government can actually is value added tax. Government should look at the tax system in this country in order not to burden the poor. There is need to grow the economy and do value addition.”

The situation is now so dire that government is no longer able to guarantee consistent public service salary dates.

Government also failed to mobilise bonus payments in time for the annual break last year. Government said civil servants were going to get their 2016 bonuses this year, only after they threatened to go on strike.

Many countries have struggled to come up with tax regimes specifically for informal sector players, who are generally difficult to tax.

Compliance levels in the informal sector are generally low and governments normally struggle to collect taxes from this sector.

Most of businesses in the informal sector have poor management systems and financial structures, which are normally controlled by owner-managers and a network of close family members or even friends.

In addition to that, because their operations are highly simplified, most of them avoid compliance altogether.

Very few informal sector tax measures have been successful in developing countries, such as Kenya, Indonesia, Panama and Albania, just to name a few. Financial Gazette