Newcastle United and West Ham United’s grounds have been raided in a fraud investigation. 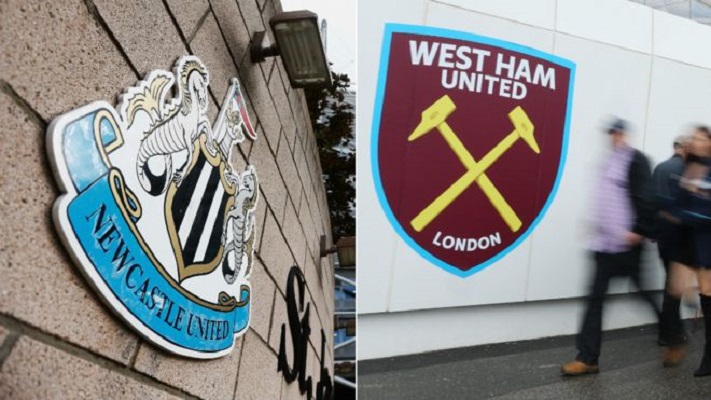 It is understood Newcastle’s managing director Lee Charnley was among “several men within professional football” who were arrested.

HM Revenue and Customs (HMRC) said it had deployed 180 officers across the UK and France.

But it is understood the club’s premises were not raided and no arrests were made.

“HMRC has requested certain information which the club will provide,” the spokesman said.

Sources told the BBC the Magpies’ managing director Mr Charnley, 39, was earlier taken away from St James’ Park by officers.

He became the club’s managing director three years ago, and has reportedly been credited with persuading manager Rafa Benitez to stay at the club.

BBC Sports editor Dan Roan has tweeted that West Ham United was one of the clubs involved.

In a statement, West Ham United said it was “co-operating fully with HMRC to assist their inquiries” but there had been no arrests.

HMRC said it had arrested “several men working within the professional football industry for a suspected income tax and national insurance fraud”.

“180 HMRC officers have been deployed across the UK and France today,” the statement added.

“Investigators have searched a number of premises in the north east and south east of England and arrested the men and also seized business records, financial records, computers and mobile phones.

“The French authorities are assisting the UK investigation, have made arrests and several locations have been searched in France.

“As this is an ongoing investigation, HMRC is unable to provide any further detail at this time.”

Newcastle were promoted to the Premier League on Monday, just 348 days after relegation.

HMRC raided West Ham’s offices at the London Olympic Stadium where the club moved in August, having played at Upton Park since 1904.

In January, a Parliamentary Committee revealed 43 players, 12 clubs and eight agents were the subject of “open inquiries” by HMRC.

The Public Accounts Committee highlighted particular concerns about tax evasion in the football industry and the “misuse” of image rights to reduce tax liabilities. BBC News