A man accused of killing his parents and older brother in a frenzied axe attack in Stellenbosh in South Africa has pleaded not guilty to murder. 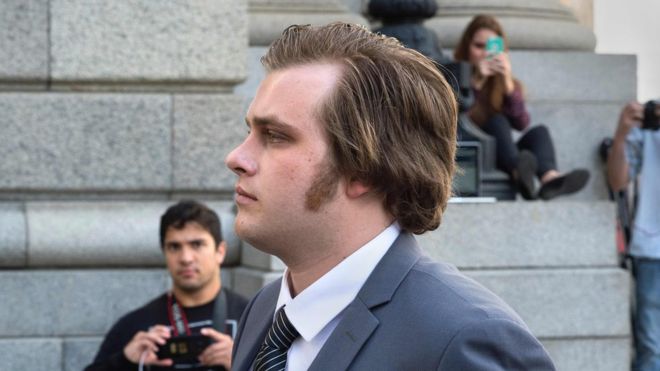 Henri van Breda, 21, is also charged with the attempted murder of his sister who survived with severe head injuries.

Mr Van Breda said in a statement that the murders were carried out by an axe-wielding intruder.

No arrests were made in this horrific case for 18 months until the accused handed himself over in June 2016.

Mr Van Breda’s sister Marli is expected to be a key witness during the trial in Cape Town.

But there are concerns about how much she remembers about the night of the murders as she suffers from amnesia. She was 16 at the time of the attack.

The run-up to the trial has attracted international interest in the story of a son born into privilege allegedly unleashing a brutal attack on his family, whose fortune was estimated at $16m (£12.5m).

In a statement read out by his lawyer, Mr Van Breda said he was in a toilet when he saw a man wielding an axe hacking his brother Rudi in bed.

His father, who then burst in, “trying to tackle the attacker” was also struck by the alleged intruder, he said.

“I also recall the attacker was laughing”, he added. His mother and sister were then assaulted.

Lesotho PM ready to step down but denies killing wife