There is a streaming playlist for almost every occasion – jogging, cooking and even falling in love. 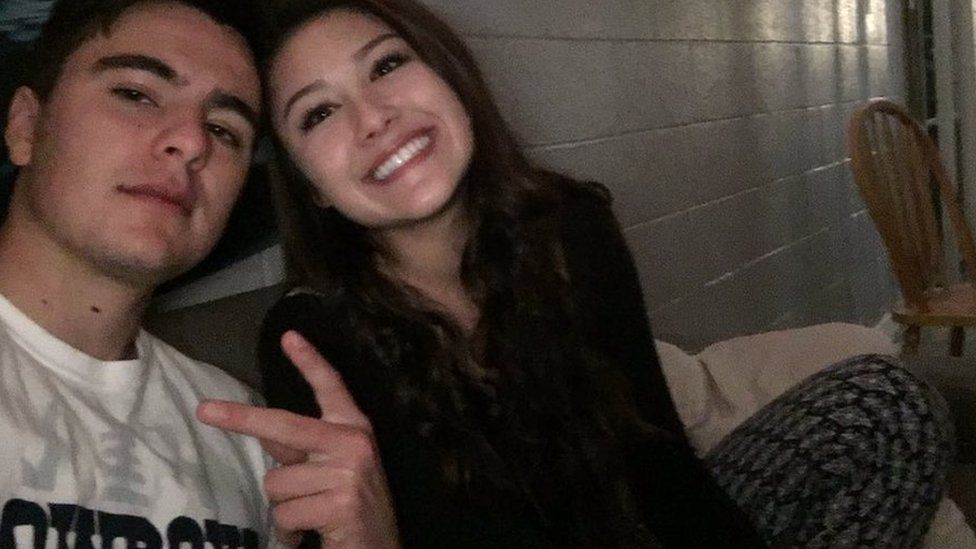 Then there’s the playlist put together by student and One Direction fan Kirsten Titus.

She created her own selection of songs to inform her now ex-boyfriend that their relationship had come to an end.

Using 10 songs from a variety of artists and genres, the 19-year-old made a sentence that let Wyatt Hall, 20, know their journey was over.

It read: “Do You… Still Want To Kiss Me Because I Am Kinda Lovin Someone Else But We Can Still Be Friends.”

US jury to decide if Ed Sheeran copied Marvin Gaye’s…

Kirsten and Wyatt, who go to university together in Provo, Utah, apparently only dated for a few months.

And while it’s clear, a lot of thought must have gone into her break-up effort, it seems the list was never meant to go public.

However it went viral after Erika, Kirsten’s younger sister, spotted it in their shared Spotify account and posted it on Twitter.

Along with a copy of the list Erika wrote: “So my sister has gone on a couple of dates with a guy named Wyatt but she likes someone else so she made him a Spotify playlist and…”

Kirsten and Wyatt enjoyed only a handful of dates but we do know one date ended with the pair planting a cactus.

Not to be outdone, Wyatt hit back with a playlist of his own, consisting of just one song – STFU, by alternative hip hop duo Mansionz.

And judging by this tweet he’s found a humorous way to say he’d also moved on. BBC Newsbeat