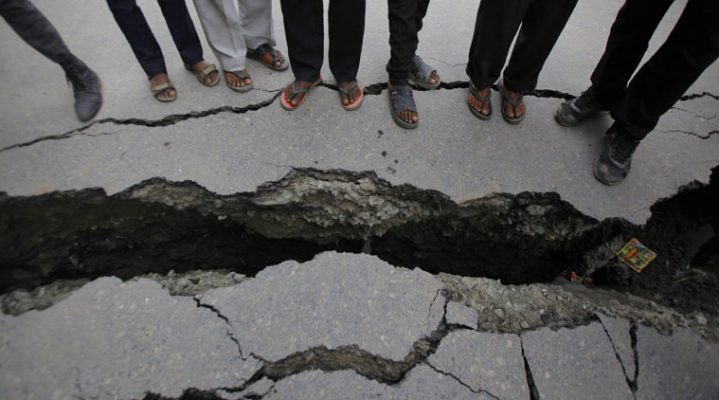 At least 50 earthquakes hit Zimbabwe in 2016, with the country likely to experience more tremors yearly, the Meteorological Services Department (MSD) has said.

Some of the earthquakes with magnitudes between 1, 5 and 4, 6 on the Richter scale were recorded in Kariba, Karoi, Bulawayo and Chipinge.

It is believed tectonic plate movements in the East African Rift System, large-scale mining mainly in the Midlands and changes in Kariba Dam water levels were behind the occurrences.

According to research, seismic activity usually occurs in mining areas while extra dam water pressure created in micro-cracks and fissures in the ground also leads to earth tremors.

Responding to written questions from this paper, MSD Seismology Section (Zimbabwe National Data Centre) director Mr Kwangwari Marimira said, “Zimbabwe is prone to earthquakes thus can experience earthquakes of bigger magnitude at any given time. Although Zimbabwe is considered a low seismic zone, earthquakes of magnitudes of more than 4.0 have been recorded.

“In 2016 alone, Zimbabwe recorded over 50 earthquakes ranging from magnitude 1.5 to 4.6, and some were felt in Kariba, Karoi, Bulawayo and Chipinge. The filling of the world’s largest artificial lake at Kariba has been accompanied and followed by considerable earthquake activity.”

He continued: “Although most of the earthquakes in our database are not recorded as felt earthquakes, they are detected by our seismic stations. The main causes of earthquakes in Zimbabwe are largely plate tectonics closely related to the East African Rift System. This major geological structure accounts for 90 percent moderate to large earthquakes in Africa.

“Its branches run along the eastern highlands of Zimbabwe and its western extension covers areas around the western region of Zimbabwe, Kariba, mid-Zambezi basin and going as far as Zambia. A number of mining related seismicity have been recorded in Matabeleland South and the Midlands; thus most of the earthquakes in these regions are linked to mining.

“Kariba Dam has been observed to generate small to moderate sized induced earthquakes since its impoundment, therefore, reservoir induced seismicity is still being recorded in the region of Kariba Dam.”

Mr Marimira said the occurrence of earthquakes could not be scientifically predicted, and encouraged the public to consult the MSD for in-depth information regarding the subject.

The United States Geological Survey, which monitors earthquakes globally, told The Sunday Mail via e-mail that earthquakes occur without prior detection.

“Neither the USGS nor any other scientists have ever predicted a major earthquake. They do not know how, and they do not expect to know how any time in the foreseeable future.”

Last Monday, many parts of Zimbabwe, including the capital city, Harare, and Bulawayo, experienced tremors from a 6.5 magnitude earthquake that had occurred Botswana.

No damage or injuries were reported.

Government has since set up a task-force to assess the country’s preparedness for earthquakes and the MSD’s capacity to execute its mandate.

In January 2016, a 4.6 magnitude earthquake hit the Kariba area and parts of Zambia, while another of magnitude 4.1 was felt north of Karoi in August of the same year. Yet another measuring 5.6 on the Richter scale shook Chipinge and its environs in September 2016.

The largest earthquake recorded in Zimbabwe occurred at Kariba Dam in 1963, at a magnitude of 6.3. The Sunday Mail