Jah Prayzah’s collaboration with South Africa’s multi-award-winning afro-pop duo – Mafikizolo is finally complete and will be released on YouTube today. 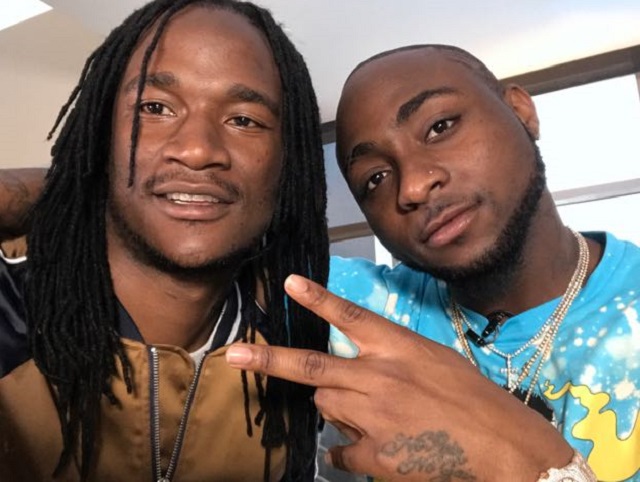 The track about a school girl who is obsessed with partying was recorded in South Africa last year with the video being shot there in January this year.

“Sendekera is about a beautiful school-going girl who leaves home to enjoy the party life and is not willing to go back home,” said Jah Prayzah who has already been giving local followers snippets of the track at his shows.

The artiste, who is preparing for a tour of the United Kingdom next week, is certainly not slowing down for anything as he is now hard at work working on a duet with Nigeria’s multi-award-winning artiste, Davido among other collaborations.

Everything you need to know about Davido and his 30 Billion…

Davido receives millions in one hour, after asking fans for…

Jah Prayzah and his team met with the Skelewu hit-maker in Johannesburg on Monday to discuss logistics for the recording of the song and its video.

Excited by their partnership, the two artistes took to social media and posted a video confirming that a collabo was on the cards.

“It’s going down, Nigeria-Zimbabwe, we’re about to do something crazy,” said Davido in the video.

As if that is not enough, after the success of his hit – Watora Mari which features Tanzania’s Diamond Platnumz, Jah Prayzah recently went back to the studio with the artiste for another song titled ‘I miss you’.

The song is set to be featured on Jah Prayzah’s forthcoming album.

Reflecting on the success of his music career and preparing people for the Sendekera music video launch which he hopes will be a success like Watora Mari, Jah Prayzah thanked followers for supporting him by watching his music videos online and attending his shows in numbers.

“Some years back, I used to walk with my Mbira begging people to give me slots on stage as I was unknown and was trying to get people to listen to my music. But today, these one million YouTube views are not just numbers, these are actual people listening to my works and for that I’m very grateful. It can only be God,” said Jah Prayzah who was expected back home from SA yesterday.

His promoters however, said local fans would not be seeing much of the artiste this year as he is focusing more on collaborations as he hopes to dominate the international market.

“Jah Prayzah has his eyes on the international scene. He’s already scheduled a collaboration with Davido and will also be collaborating with Zambia’s Roberto if all goes according to plan.

“We’re supporting him and the good thing about starving the local market is that when he does eventually perform, the shows will have an impact as the fans will have been starved,” said one of the artiste’s promoters who declined to be mentioned.

Last weekend, Jah Prayzah performed in Bulawayo for the first time this year at a sold out show. The Chronicle

Davido receives millions in one hour, after asking fans for 100m naira