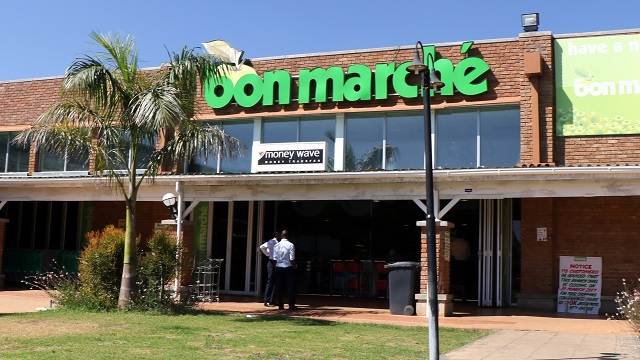 The retail branch was OK Zimbabwe’s only up-market store brand in Bulawayo while similar branches of the store brand are located in selected low density suburbs in Harare.

According to a notice at Bon Marche Parklands branch, the retail outlet said it shall be closing on March 31, 2017 and for shopping convenience customers were being advised to go OK Zimbabwe’s Jason Moyo branch in the Central Business District.

An official at the Parklands branch refused to give reasons for the closure before referring this paper to management at their head office in Harare.

A comment from the head office could not be obtained with an official only identified as Ms T Mahomva requesting written questions but had not responded by the time of going to print yesterday.

However, some of the workers at the branch said management had informed them that the branch was shutting down because it was making losses.

“We were told that the branch is making losses and thus we cannot continue operating from here,” said one of the workers preferring not to be named.

Another employee added: “We have been told that no one will lose a job as we are going to be relocated to other OK branches in the city such as OK Mart. There are about 30 of us at this branch.”

The premises from which Bon Marche Parklands branch was operating are administered by Knight Frank.

An official from Knight Frank who could not be named f0r professional reasons said renting the premises from which Bon Marche was operating cost $4 150 a month inclusive of Value Added Tax.

Meanwhile, one of OK Zimbabwe’s branches situated corner 4th Avenue and Hebert Chitepo Street in the CBD has in the past few months been closed. The Chronicle

PSL returns bigger. . . 306 matches to be played this year