President Jacob Zuma is taking a gamble as he ups the ante in his battle with Finance Minister Pravin Gordhan for control of the nation’s finances. 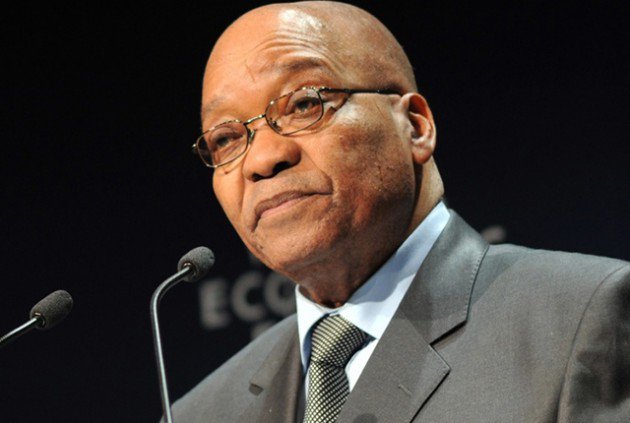 If he fires Gordhan, as he told Communist Party officials that he planned to do according to three people with knowledge of the matter, he risks a market meltdown and a revolt by opponents in the ruling African National Congress. If he doesn’t, he’d appear weak as he seeks to secure his choice as successor as party leader in December. Zuma ordered Gordhan to cancel a roadshow and to return home from London on Monday. The turmoil has caused the rand to plummet.

Since Zuma, 74, was pressured to appoint Gordhan in 2015, he’s feuded with him over a planned nuclear power expansion and the management of state companies and the national tax agency. He told the communist officials Gordhan is obstructing his policies and must be removed, according to the people at the meeting who asked not to be identified because a public statement hasn’t been made.

“This is a very high stakes roll of the dice that I think Zuma won’t make easily,” Daniel Silke, director of Political Futures Consultancy in Cape Town, said by phone. “It’s a lose-lose situation. I don’t think the medium or long-term effects will be beneficial to him or to the ANC.”

South Africa’s Ramaphosa to speak on state of a…

The rand fell 0.5 percent to 13.0565 per dollar by 7:33 a.m. in Johannesburg on Wednesday. That extended losses to 4.7 percent since Gordhan was ordered to return home on Monday, more than any currency in the world. The benchmark 10-year rand bond dropped, sending yields 2 basis points up to 8.75 percent, the highest level since March 2.

“He knew there would be backlash but he tried to ram it through,” University of Johannesburg associate professor of political science Mcebisi Ndletyana said by phone from Johannesburg. “He is behaving as though someone has a gun to his head.”

Zuma, the ANC’s former head of intelligence, has overplayed his hand before — a move that resulted in Gordhan taking over the finance ministry. His decision to replace then Finance Minister Nhlanhla Nene in 2015 with little-known lawmaker caused the rand and stocks to nosedive. He named Gordhan to the post four days later after lobbying from ANC and business leaders.

On Monday, Zuma appeared to have run out of patience. He ordered Gordhan to cancel meetings with investors in London and the US and return home a day after the finance minister landed in the UK. The presidency gave no reason for the decision to cancel the roadshow, which the Treasury said had prior approval. Bongani Ngqulunga, the presidential spokesman, didn’t answer calls to his mobile phone.

Despite his current dilemma, Zuma has proven to be a survivor since assuming leadership of the ANC in 2007 and the country in May 2009. He’s rebuffed calls to resign after the nation’s top court said he violated his oath of office by refusing to repay taxpayer money spent on his private home. He also avoided going on trial for allegedly taking bribes from arms dealers despite his financial adviser being convicted on similar charges

Disgruntlement with his leadership contributed to the ANC’s worst-ever electoral performance in a municipal vote in August last year and cost it control of several major cities, including the economic hub of Johannesburg and the capital, Pretoria.

In November, the ANC’s top leadership debated a motion of no confidence in the president but decided against putting it to the vote. Zuma still enjoys wide support from the party’s women’s and youth leagues.

While Zuma has pushed for “radical economic transformation” that he says will tackle racial inequality and poverty, Gordhan has led efforts to keep spending in check and fend off a junk credit rating, earning plaudits from business leaders and investors.

“It’s the drip-feed of speculation about whether Gordhan will resign which is most damaging,” Nicholas Spiro, a partner at London-based Lauressa Advisory, which advises asset managers, said by email. “Investors know full well that he’s had his wings clipped and can only do so much. The fact that he continues to be persecuted almost beggars belief given the acute vulnerability of South Africa’s economy and creditworthiness.”

The odds are mounting that Zuma won’t see out his second term as president, which ends in 2019, and he will do anything to ensure his political survival, according to Andre Duvenhage, a politics professor at North West University in Potchefstroom, west of Johannesburg.

“He is now like a wounded leopard that will fight until the bitter end,” Duvenhage said. “He is in severe trouble. My take is that he will remove Gordhan, even though there are huge risks involved.”