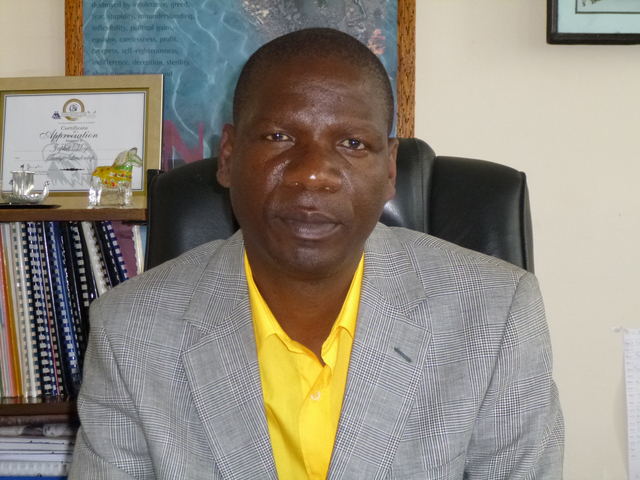 Before dollarisation in 2009, it was quite common that employers would regularly review remuneration packages for their workers in order to take into account the impact of inflation, but not anymore.

Since the adoption of the multi-currency regime eight years ago, companies have been struggling to survive due to loss of competitiveness, hence the future for thousands of their employees is hanging in the balance.

Thousands of workers have already lost their jobs as companies either downsize or close shop altogether.

Unlike before dollarisation when salaries would track inflation, employers are not generating enough revenue to match their costs of production, making it impossible for them to link salaries to the cost of living.

Even though prices of basic goods are rising, the wage bill has remained constant. If anything, employers are opting for either salary cuts or wholesale retrenchments to keep afloat.

Yet another phenomenon gripping the country’s economy is that of the casualisation of labour, whereby workers are paid directly for the work done.

With the country going through severe liquidity constraints that have seen companies being unable to process their foreign currency payments, analysts see job carnage taking its toll on the few who are still in formal employment.

Across all sectors of the economy, companies that have a component of their production sourced externally are not getting supplies on time because payments are taking ages to go through normal banking channels.

Airlines, miners and manufacturers are among those that have sent out an SOS to government, drawing attention to the dangers the payments gridlock poses to their survival.

Zimbabwe Congress of Trade Unions secretary general, Japhet Moyo, said it was regrettable that government was not taking the crisis seriously.

“The same problems that have been bedevilling the country since the turn of the millennium are still confronting the country,” he observed.

“This calls for serious considerations to be made in as far as transforming the country’s political landscape (is concerned). It is time for government to seriously confront the real issues affecting the country”.

Moyo said with the country having entered an election mode ahead of polls next year, it was unlikely that the situation would get any better, even after the country received good rains.

Where employers are shedding jobs, the bargaining power for unions has been severely weakened.

Government, which is the biggest employer in the country, has been up-in-arms with its restive public workers over poor salaries and deplorable working conditions.

Last month, doctors in government hospitals downed their tools, only to resume work after their employer agreed to look into some of their grievances.

Government has made it abundantly clear that it has no capacity to better civil servants’ salaries, citing depressed inflows into State coffers.

Caught between a rock and a hard place, Treasury has previously tabled a plan to retrench 25 000 civil servants in a bid to cut costs and attract international funding, but the austerity measure has failed to sail through in view of government’s populist policies.

It however, appears that government has very little room to manoeuvre. The least it can do is to bite the bullet.

More so, civil servants have not been receiving their salaries on time, with their 2016 bonuses still to be paid.

While government is hesitant on taking hard decisions, the private sector has long made painful adjustments in order to escape the guillotine.

In the tobacco industry, there is gnashing of teeth amid speculation that more jobs could be lost. There is currently a wage freeze in the industry to manage high operational costs and poor returns arising from low quality tobacco, which fetches little on the international market.

As a result, the minimum wage is being maintained at US$209,36 per month.

The last time tobacco sector workers got a wage increase was in 2015.

In the security services sector, employers are doing their best to reverse a 10 percent wage increment awarded in 2014.

Zimbabwe Security Guards’ Union, general secretary, Phillimon Nhema, said applications have been filed at the Labour Court pleading with the jury to immediately reverse the increment.

“There are two applications at the Labour Court on the same issue so the court has since instructed them to consolidate the appeal into one, hence the date of hearing has not been set. We are now waiting for the court process and we feel that the employers are being selfish, their conduct is just to frustrate and delay the implementation of the increment,” said Nhema.

The obtaining situation is similar to the one in the transport sector.

Officers at the Transport and General Workers Union said most employers in the sector were failing to pay salaries on time.

The sector is still paying a minimum wage of US$268 per month which was last revised in 2014.

Employers in the sector are also placing their employees on extended fixed term contracts before according them permanent employment status.

In the banking and financial services sector, the chorus has not been different as most banks closed shop due to poor corporate governance.

Kingdom Bank and Trust Bank are some of the financial institutions that closed down, leaving many workers stranded.

Employers in this sector also took advantage of weak regulations to terminate contracts of employment on two weeks’ notice.

Some of the workers employed by banks such as Steward Bank are still battling to recover their terminal benefits.

The Zimbabwe Banks and Allied Workers Union said the rapid informalisation of the economy, coupled with poor banking conditions have exacerbated the sector’s plight since most people are no longer using the banks to transact.

Such a trend has adversely affected the nature and quality of employment likely to be offered in the sector.

The mining sector, which has been touted by government as a critical facet of the economy’s turnaround, has not done much to confer value to the country’s populace through provision of jobs.

A 2016 International Labour Organisation- commissioned study revealed that the mining sector, which accounts for a huge chunk of foreign direct investment and exports, only contributed three percent of total formal sector employment, translating to a paltry 36 000 formal jobs in a country where unemployment is estimated at over 90 percent.

Food and baking industries are also singing the blues. Most employers are arguing against increasing salaries while employees have maintained that they need to be paid poverty datum line (PDL) linked wages.

The average wage in Zimbabwe is around US$300 while the PDL stands at US$545 per month for an average family.

Employers Confederation of Zimbabwe president, Josephat Kahwema, remarked that the few achievements made in the past were being eroded by the harsh economic conditions.

“Our records confirm that in January alone, about six companies closed shop. The bulk that are still in existence are operating far below capacity while many of those are applying for liquidation or under judicial management,” he said.

In the year ending 2015, only two sectors namely energy and education registered marginal increases in employment creation by 200 and 1 100 employees respectively.

The sharpest drop in employment was in the distribution, restaurants and hotels sector which declined by 12 100 employees.

Other sectors that showed large declines in the number of employees were health and manufacturing which dropped by 7 900 and 5 700 jobs respectively.

In other sectors such as mining and quarrying, 2 000 jobs were lost.

The financial insurance and real estate market saw 2 400 people losing their jobs, while in the transport and communications sector 1 000 jobs were eroded. Financial Gazette