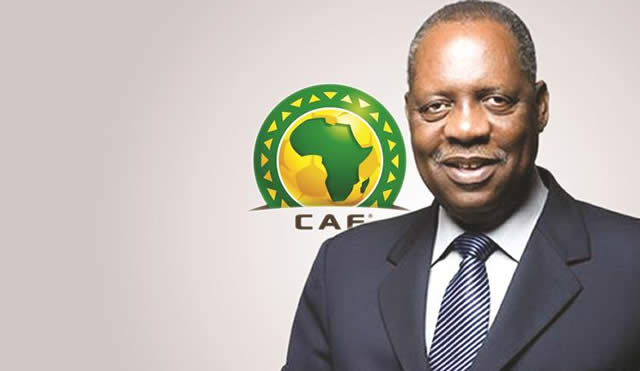 For the last 29 years, the Confederation of African Football (Caf) has been led – some would insist on the words ‘ruled with an iron fist’- by one man, Issa Hayatou – but for how much longer?

With a combination of guile, sagacity and ruthlessness that Vito Corleone, ‘The Godfather’ in the Mario Puzo book would be immensely proud of, the 70-year-old, a prince from the Northern Cameroonian town of Garoua, has entrenched himself in power, obliterating those – like Botswana’s Ismail Bhamjee and Cote d’Ivoire’s Jacque Anouma – that have tried, unsuccessfully, to unseat him.

Hayatou’s tenure as president will certainly be equalled by no other, as an amendment to the Caf statutes, at last September’s extraordinary congress in Cairo, ensures that his successor can only have a maximum of 12 years in office.

But it is his decision to seek an unprecedented eighth term in office, which could see him stay in office for 33 years (and he would still be, incredibly, eligible to seek two further four-year terms under the new Caf rules), which could set the stage for what could be an inglorious end.

Under Caf rules that were controversially amended in 2012, only members of the executive committee can seek the Caf presidency, disqualifying every FA president or football official that has no place on its exco.

“Many of my colleagues are demanding for change. And I believe that it is time for change, which is why I have decided to challenge him in the elections,” Ahmad told me in Libreville, Gabon, during the recently concluded Africa Cup of Nations.

“We cannot keep complaining about the problems of African football in private and not be prepared to do nothing about it in the open. Why are people so afraid?”

But as Ahmad knows too well, the decision to challenge Hayatou does not come without a political price.

His seeming isolation from his Caf executive colleagues, who don’t want to incur Hayatou’s wrath, is certainly one of them.

A two-time minister in Madagascar and currently the vice-president of his country’s senate, the 57-year-old insists that the sudden decision of Caf to withdraw the Under-17 African Championship from his country, handing it to Gabon, was motivated by a desire to punish him for presidential bid.

“I accept that Madagascar is not completely ready to host the tournament. We still had a few things to do, to be ready. But they were not of the nature that the tournament had to be withdrawn from us.

“There were problems with things in Gabon, the pitches being one of them. It was clear that things, for the preparation of the Africa Cup of Nations, were done up to the last minute. And the tournament was not taken away from them for this reason,” Ahmad said.

The decision of Hayatou to seek an eighth term of office, despite the fact that he has been in poor health in recent years, surprises many that are close to the Caf president.

“Hayatou told me that he was not going to seek another term, so that he could take up his royal responsibilities in Garoua, which he has wanted to do for quite a long time now, in order to honour a promise he made to his father,” said one of them.

“I am surprised that he has decided to go for another term of office now… He has clearly not learnt anything from how the presidency of his friend, Sepp Blatter, ended. It is a shame really.”

Gianni Infantino’s emergence as Fifa president, in February 2016, has threatened Hayatou’s political survival and legacy, like never before.

Having decided to support Sheikh Salman, the president of the Asian Football Confederation, for world football’s top job, ahead of Infantino, the battle lines have been irrevocably drawn, with no chance for d’tente between the two political heavyweights.

The 46-year old Infantino sees the African septuagenarian as a political threat and a relic of the Blatter years to be gotten rid of, while the extremely proud Hayatou, who was three years younger than the Swiss when he became Caf supremo in 1988, sees the new Fifa president as a young upstart too big for his breeches, who must be cut down to size.

Infantino has taken a series of actions to whittle down Hayatou’s influence – one being the closure of Fifa’s four existing development offices in Africa, one of which was cited in his Cameroon, to be replaced with just two offices, in Senegal (the home country of his secretary-general Fatma Samoura) and South Africa, for the entire continent.

The other was a decision to remove Hayatou from his prestigious position on Fifa’s Finance Committee, a position he held for many years.

It is an act that Hayatou, who has sat on Fifa’s executive committee (now council) for over a quarter of a century, regards as a personal slight from Infantino.

That might have informed the less than cordial reception Infantino and Samoura received at the Radisson Hotel in Libreville, at a Caf dinner party held on the eve of the Africa Cup of Nations final between Cameroon and Egypt, where Hayatou was given a standing ovation, by an obviously partisan crowd.

There is one thing that Hayatou knows for certain: he is in the biggest fight of his political career and the protection of his 29-year legacy.

It informs the tone of an unusual 11th February letter, from Hicham Amrani, Caf’s secretary-general, to Phillip Chiyangwa, Zifa president, who also heads Cosafa, which had decided, unanimously, to back Ahmad for the presidential poll.

Writing the letter on the direct instructions of Hayatou, Amrani questioned the legitimacy of Chiyangwa’s intention to host several FA presidents in Harare on 24 February, accusing him of attempting to ‘destabilise’ Caf.

“The Caf leadership would like to remind you that you do not have any authority to convene such a meeting, without Caf knowledge nor without its required approval.

“While it would be acceptable to convene a meeting of the leaders of your zonal union, convening a meeting with representatives of many member associations outside Cosafa zone is deemed to represent an attempt to destabilise Caf,” the letter said.

Chiyangwa, an extremely colourful character, not known for pulling his punches with his adversaries, did not hesitate to send a stinging five-page response to Cairo three days later.

“The informal gathering…is merely my belated birthday celebration.. I also intend, on the same occasion, to celebrate my ascendancy to the Cosafa presidency. This in my view does not violate any football statutes,” he argues.

“In the circumstances, considering the clear misapprehension of my noble intentions by Caf, an apology is warranted for the inconvenience caused by the allegations arising from your letter.”

It is in the midst of this very heated political climate, which could create sharp and very bitter divisions in Caf, that the Addis Ababa polls will be conducted.

One man that knows, better than Hayatou, the undulating nature and cut-throat brutality of football politics, is Sepp Blatter.

As Fifa’s president for 17 years and its secretary-general for 17 years before that, Blatter’s humiliating December 2015 fall from office and subsequent six-year ban for ethical violations has given him a lot of time to reflect on his time at the top of football’s political pyramid.

“I should have stepped down and not sought another term of office in 2015,” the 80-year-old man told me at the Sonnenberg Restaurant in Zurich, last December.

Banned from all football activities until 2021, Blatter told me he had an emotional and physical breakdown, two years ago.

“It was like the entire house was falling on me. This created a situation with a lot of pressure, because for Fifa to be described, at a press conference as a Mafioso organisation, was shameful. I felt surprised and miserable, that such things can happen.

“My suspension has had a huge impact on me and it lead to a breakdown, on the 1st of November 2015…They thought, in the hospital, that I was going to die the next day,” he revealed.

With over a year out of power and no more favours to dispense, Blatter is sanguine about his post-presidential life.

“There is a saying in French, “Le roi est mort, longue vie au roi… (the king is dead, long live the king),” he laughed.

“I am not a happy man about what happened in Fifa. But if they want to change things in Fifa, that’s okay for them.”

“My mistake, my big mistake, is that I trusted people. You presume people are good and they are not good.”

Those are words that Hayatou, who knows Blatter intimately, would be well advised to heed.

Hayatou’s acolytes, many for self-serving reasons, are urging him on to seek yet another term of office as Africa’s football supremo.

That, often, is the precursor to an inglorious end. But it would still be foolish to underrate the ability of African football’s ultimate survivor to pass his sternest test yet.The Chronicle

Kante leaves Pogba in his wake