‘US dollar not all bad news’

As the debate continues to rage about the extensive use of the United States dollar in the country, the chief executive of Zimbabwe’s biggest financial services group CBZ Holdings — Never Nyemudzo — says the coveted greenback has played an important role in stabilising the local economy over the past eight years. 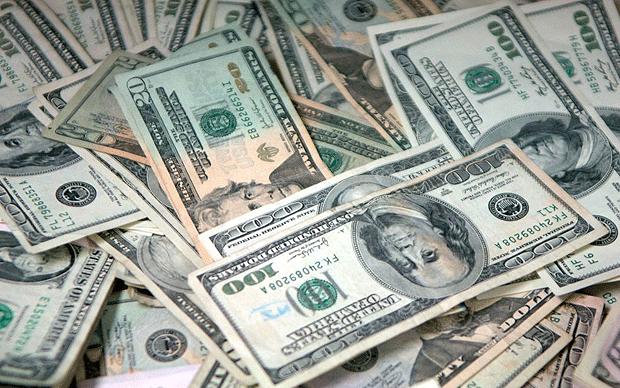 Speaking in an interview with the Daily News at the weekend, Nyemudzo highlighted the positive impact which the dollar had had on price stability in particular — adding he did not think that adopting the rand as the country’s main currency would have more advantages for Zimbabwe than was the case now.

This comes as Zimbabwe continues to battle severe shortages of cash despite the government’s introduction of bond notes towards the end of last year to mitigate the situation.

At the same time, the much-sought after dollar continues to disappear from the market, amid fears that the government will soon be forced to print more bond notes to stem the worsening cash shortages.

Zuma riots: Zimbabweans in panic buying in anticipation of…

“Indeed there has been some interesting debate with regards to what is the optimal currency that Zimbabwe should adopt.

“However, what is key is to clearly understand the reason why a certain currency or monetary policy stance should be adopted.

“In fact, countries have often adopted other countries’ currencies for the purposes of fostering price stability, with economic stability largely coming in as an added advantage,” Nyemudzo said.

“So, the basic question that one needs to answer is whether the rand will foster price stability in a different way to the US dollar, and whether such an adoption would also enhance macroeconomic stability.

“There is no doubt that the strength of one’s currency is a key consideration, especially when a country is pursuing an export-led growth strategy.

“However, in my view, and with the economy already in a stable price environment, what is more critical at this point in time is the ability to attract the right structured foreign direct investment and to invest such in the productive sectors of the economy or in projects that stimulate more economic activity across a wider spectrum,” he added.

The local business community, including the Confederation of Zimbabwean Industries (CZI), has been pushing for the adoption of the rand to address the country’s cash shortages.

CZI president Busisa Moyo said earlier this year that they would approach the government with a draft law to push for the use of the rand as the country’s main currency.

“We have been talking about randisation and individual members of CZI have come out strong on randisation, and I think we need to have some sort of action towards this,” Moyo said then.

South Africa is Zimbabwe’s biggest trading partner and the use of the rand as the main currency is seen as a key step in addressing the cash shortages, as it is readily available on the market.

However, Reserve Bank of Zimbabwe (RBZ) governor, John Mangudya, has said it is difficult for Zimbabwe to join other countries that use the rand, because member states of the Rand Monetary Union (RMU) were required to have a currency of their own.

“We could have joined the Rand Monetary Union or Southern Africa Customs Union (Sacu) in 2009, but there are certain criteria we need to meet to do that. That is why we adopted the multi-currency system, and not a single currency,” he said last year.

The RMU comprises South Africa, Namibia, Swaziland and Lesotho, although the three countries still operate their own currencies, which trade at par with the rand.

Meanwhile, desperate ordinary Zimbabweans continue to experience pain and chaos at banks, as they desperately seek to withdraw their money.

According to one of the government’s advisers, Ashok Chakravarti, Zimbabwe had $304m in hard cash in circulation, including $73m in bond notes as at the end of January this year, leaving a deficit of $900 million needed to end the currency shortages.

Nyemudzo said while the dollar had brought price stability, the government now needed to bring a raft of urgently-needed measures to attract investment.

“Unfortunately, there is not much that the government can do about these external issues, as they are largely determined through policies and events outside our authorities’ control.

“Now, with regards internal factors, the main challenges, as has been published by industry representative bodies, include low demand, liquidity shortages and the high cost of doing business, among others,” he said.

“The government has laid the foundation, and in some instances is already implementing measures, to address these challenges.

“The government’s efforts include measures to unlock favourably-priced liquidity through resolving the country’s external arrears and negotiating for bilateral credit lines, addressing the ease of doing business through the Rapid Results Initiative and stimulating local production through support to the productive sectors.

“I believe that these measures, if continuously implemented in a well-coordinated and structured manner, will eventually steer the economy towards a sustainable growth path,” Nyemudzo added. Daily News