They say the wheels of justice might grind slow but they grind fine. For the family of former Amakhosi artiste, Raymond Kasawaya, it has been a long, slow wait for justice and to finally see the incarceration of the man who took the life of their loved one has brought some relief. 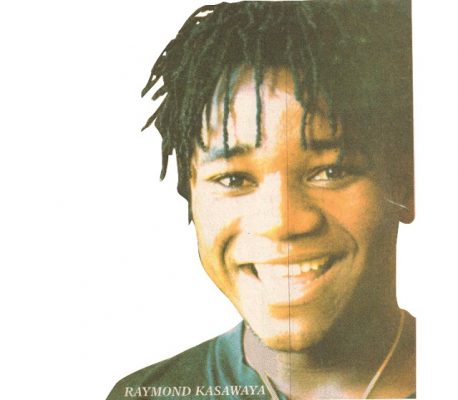 Kasawaya, aged 32 at the time, died after being stabbed by Duke Ndlovu on 1 June 2007. Ndlovu was last week sentenced to an effective 15 years in jail for the offence. Kasawaya’s family heaved a huge sigh of relief on the day the sentence was handed down although they could not attend the court session as they were laying to rest another family member who had died due to illness.

Kasawaya’s father, Richard, a golf player and sports fan, expressed mixed feelings over the sentence but said they were happy to see the case being put to finality as it had dragged on for too long — 10 years to be precise. He said he felt the other youths who attacked his son should have been jailed as well, but they got away with fines after the court came to a conclusion that their involvement was minor. He revealed the delays had made the family continue to bleed in their hearts as they had lost hope that Raymond’s killers would be jailed.

“We had lost hope that justice would be done for us. We had resigned to seeing the killers walk scot free but it brings some relief that Ndlovu has been sentenced but as a family we have lost Raymond forever, but they (attackers) are alive. It is a pain that we will have to endure forever,” said Richard.

‘Selfish and disorganised’ … Cont Mhlanga on why Zim arts…

Kasawaya’s younger sister Thelma said it had been unbearable to see those accused of killing her brother walking the streets of their neighbourhood, Nguboyenja in Bulawayo, and even passing in front of their gates.

Richard said at one point they thought the accused had bought themselves out of the case as it seemed to have come to a standstill.

“They stay in Thorngroove, (a stone’s throw away) but they never bothered to come and apologise for their actions, even their families did not come and express regret over the incident. We had to bid our time. I believe God is there and he works in His own ways because they could have thought they are clever as they walked free but now one of them is locked up. The others were fined $400 but we wonder whether that should have been the case. We leave it in the hands of God,” he said. Richard said Raymond’s girlfriend had played a crucial role in the nailing of the accused as she was the main witness and ensured she attended all the trials.

The deceased’s sister, Thelma, felt 15 years for taking a life was not enough but said the family would be content with the ruling.

Raymond’s brother, Ramsey, another famed artiste who has performed with Albert Nyathi and Siyaya among other crews, said they don’t understand why the other three who were part of the gang were simply fined.

In his ruling Bulawayo High Court judge Justice Nicholas Mathonsi fined $400 each — Lionel Barke (31), Lwazilwenkosi Ndlovu (28) and Rochie Kolta (38). He ruled that their blows were not fatal as they only used fists and at the time of the attack, they did not know that one of their friends, Ndlovu had a knife.

The four men confronted Kasawaya for refusing to pay for the beer he had consumed at a shebeen in Thorngroove and a misunderstanding degenerated into a fight. Duke stabbed the deceased in the abdomen while the other three men assaulted him with fists.

Playwright, Raisedon Baya, who posted on social media questioning the gap between the commissioning of the offence and the sentencing, said justice should be swift.

“It was not best tackled. Imagine someone killing a relative of yours and walking in the street for more than 10 years before he is sentenced. That is just not right. Justice should be swifter and should be seen to work,” he said.

Another Amakhosi-bred actor, Zenzo Nyathi said he was still shocked “justice was only being delivered now.”

Raymond was an accomplished artiste having been a guitar player of note, he was also into acting and played the role of Shashi in Cont Mhlanga’s acclaimed play, Nansi le Ndoda. His biggest break came in 1996 when he signed for the Cape Town Castle Theatre Company of South Africa and he toured more than 15 European countries with them and they also did an all-round Africa tour. Amakhosi founder, Cont Mhlanga, is on record saying Raymond was one of the best artistic talents the country had ever produced. Sunday News

Grounded B767: Engine leaves for Bangkok