A row has broken out in South Africa after a government official refused to conduct a radio interview in English. 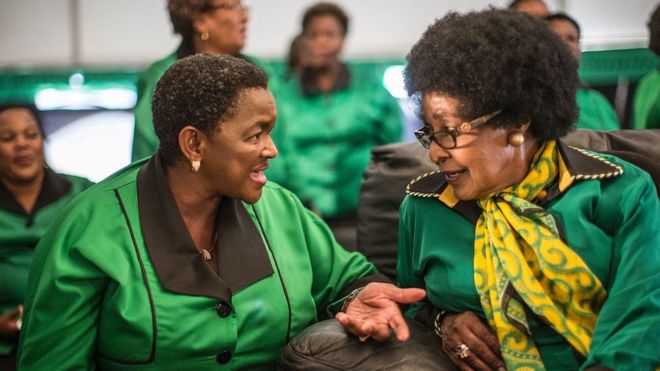 Lumka Oliphant was invited to discuss a crisis over social security payments, amid fears that millions of vulnerable people could be cut off next month when a government contract expires.

The spokeswoman has been widely condemned on Twitter and accused of using distraction tactics.

A minority has praised her decision to respond in Zulu.

Of South Africa’s 11 official languages, English is the most commonly used in official communications.

I am unbreakable, Bathabile Dlamini tells her detractors

‘Dlamini must account for alleged R500k paid to SABC…

“Just for the benefit of all my listeners, could you please just respond in English?” Talk radio 702 host Xolani Gwala asks the Social Development Department spokeswoman after her initial answer.

Ms Oliphant had been invited on the show to discuss confusion over how millions of South Africans will access their social grant payments once the contract with the current provider, Cash Paymaster Services (CPS), expires at the end of the month.

“People want to know‚ will the grants be paid?” the host adds, before Ms Oliphant continues to respond in Zulu.

The host on the popular English-language radio station then brings the interview to an end after little more than a minute:

“If you don’t want to talk I’m sorry‚ I’m going to have to move on because you clearly don’t want to do this and you are determined to disrespect the medium.”

Ms Oliphant, whose name has been trending on Twitter across the country, has been criticised for failing to give answers about the payment crisis facing the South Africa Social Security Agency (SASSA).

South Africa pays out around 140 billion rand ($10.7bn; £8.7bn) a year in grants to vulnerable people including pensioners, unemployed mothers and disabled people.

Social Development Minister Bathabile Dlamini told reporters on Sunday that payments would continue, despite ongoing confusion over how they would be made.

“No-one will go unpaid. We are sure about that,” she said.

In 2014, the constitutional court found that the contract awarded to private company CPS was not lawful.

The government body Sassa is responsible for distributing social grants to more than 16 million South Africans, according to its official website. BBC News

I am unbreakable, Bathabile Dlamini tells her detractors

‘Dlamini must account for alleged R500k paid to SABC for interview’

Gordhan has a go at Zuma at #KathradaMemorial