An injiva who allegedly axed his ex-wife (23) and the couple’s one year old son to death following a misunderstanding over the upkeep of the child has been arrested. 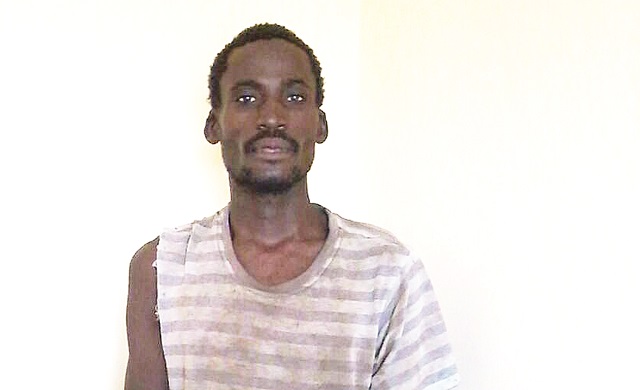 Themba Moyo (31) of Muarakati Village under Chief Sikobokobo, Nkayi was arrested after evading arrest for 10 days following the gruesome murder of his ex-wife Ms Netsai Maruvise and their baby boy Muthabisi Moyo in Mberengwa.

He was not asked to plead and was remanded in custody to March 16.

Moyo was advised by Mrs Matura to apply for bail at the High Court. Court papers indicated that Moyo worked in South Africa.

Prosecutor Mr Michael Ncube said on February 23 at around 10PM, Moyo went to Nyama General Dealer Shop at Neta Business Centre in Mberengwa where his ex-wife Ms Maruvise worked and lived with his son.

The court heard that when Moyo arrived at the shop, he found Ms Maruvise sleeping together with their son and he woke her up.

Mr Ncube said while the two were talking Ms Maruvise confronted him on why he had been neglecting his child.

The court heard that a heated argument ensued between the two after the woman demanded money from him for the upkeep of their child.

“The two had an argument over the upkeep of their child. During the argument, it is alleged that, Moyo took an axe and struck his ex-wife repeatedly all over the body while the child was watching and she died instantly,” said Mr Ncube.

He said after murdering his ex-wife, Moyo struck his son several times all over the body and he also died instantly.

Moyo, the court heard, left the two bodies lying in a pool of blood in the shop and fled.

He was, however, arrested on Sunday after police got a tip off from members of the public. The Chronicle

Teen suspects on the run after gang rape