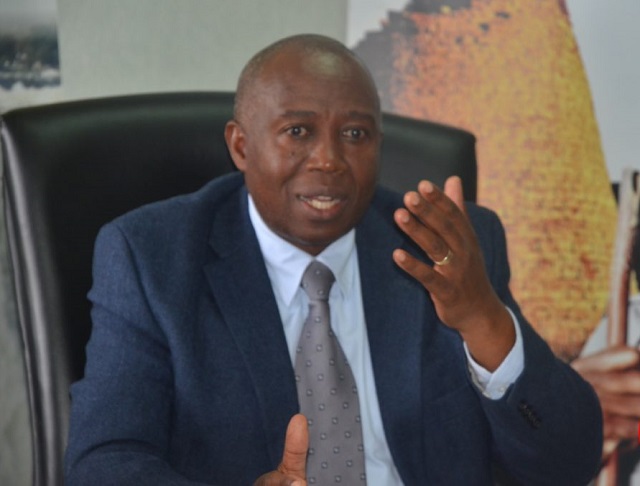 South African Airways’ (SAA) 222-seater Airbus A330-200 landed at Victoria Falls International Airport yesterday morning, becoming the first airliner to launch a wide-bodied aircraft at the facility since its upgrading.

A total of 188 passengers were on board as the magnificent airbus landed at 12:20PM, much to the excitement of scores of people drawn from tour operators, hospitality and aviation industry, Government departments and the Victoria Falls Municipality.

The huge plane departed shortly after 2PM as it plies the Victoria Falls and Johannesburg daily route.

Air traffic controllers down tools in Zimbabwe, chaos at RGM…

An elated SAA country manager Ms Winnie Muchanyuka said the daily airbus was fully booked for the next two weeks.

Besides its wide exterior body, the airbus interior comprises two compartments being the business class (36 seats) and economy class (186 seats.)

What makes the plane different from the ordinary narrow bodied aircraft are the two rows of seats on either side, which are divided by two passages and a central row with four seats.

The excitement in the crowd was evident as people lined up to watch as the airbus landed and received its canyon salute from two fire engines, which are also part of the upgrading done at the airport.

Ms Muchanyuka said the development was a dream come true.

“Every country manager would want to have more passengers and a wide bodied aircraft. It came with 188 passengers and already we have surpassed the full load that we have been carrying on previous aircrafts and we hope we continue to attract numbers,” she said.

Her sentiments were echoed by Civil Aviation Authority of Zimbabwe (CAAZ) representative Mrs Margaret Mantiziba who said: “It’s the beginning of huge things.”

Regarded as one of the leading airlines in Southern Africa, SAA is upgrading itself and confirming its commitment to servicing the Johannesburg-Victoria Falls route following the completion of the $150 million Victoria Falls International Airport upgrade, which was commissioned by President Mugabe in November last year.

All along SAA had been operating between 138 and 157-seater airbuses, which are now being replaced by the wide-bodied A330-200.

Zimbabwe Tourism Authority chief operating officer Mr Givemore Chidzidzi said the coming in of wide bodied aircraft was testimony of the fruits of government efforts through programmes such as Zim-Assets, which many have been eagerly waiting to see.

He said ZTA’s vision was to see the airport turning into the OR Tambo of Zimbabwe.

“Everywhere we go around the world the question is: How can people reach Zimbabwe? As ZTA working closely with CAAZ we have good news for them as shown by this wide-bodied aircraft.

“Zimbabwe has a lot of potential to grow its tourism and the challenge to the industry is to create more accommodation facilities so that we keep this place busy,” said Mr Chidzidzi.

“Let’s all use our networks worldwide to market this airport. We also need more hotel rooms in Victoria Falls,” he said.

Victoria Falls Mayor, Councillor Sifiso Mpofu, who was represented by Cllr Prayer Moyo, said the resort town was proud of the development, which he hoped would bring more business and employment opportunities.

The new look airport was upgraded at a cost of $150 million and now has a 4km by 60 metres runway and associated taxiways capable of landing long haul wide bodied aircraft, among other state of the art structures. The Chronicle