4 years later former Victoria Foods workers yet to get pensions

About 200 former employees of Victoria Foods are in a quandary four years after leaving employment as they are still to receive their pensions. 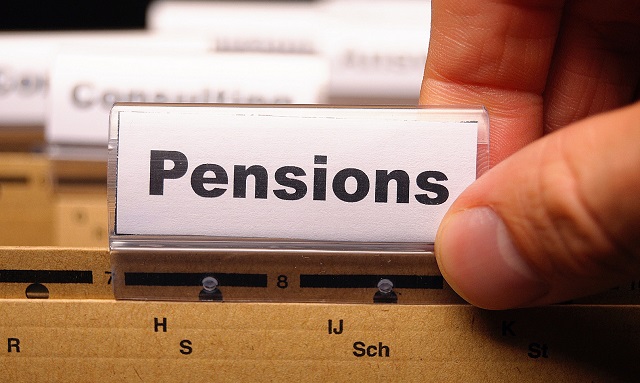 Victoria Foods, a subsidiary of CFI Holdings, laid off almost its entire workforce last year and was placed under judicial management under Mr Reggie Saruchera of Grant Thornton.

The former workers said Fidelity Life was managing their pensions which they remitted through their employer.

Mr Paul Chikuru, a former workers committee spokesperson, said following the termination of employment they are yet to receive their pensions from Fidelity Life which indicated that they were being managed by Victoria Foods.

“Victoria Foods has been retrenching people since 2013 until last year when the company was placed under judicial management. Since then we have not received any of our benefits except for $200 which was paid out last year,” he said.

“However, what is disheartening is that we are yet to receive our pension contributions because we were contributing to Fidelity Life. When we confronted management over the issue they referred us to Fidelity Life and when we then approached Fidelity they told us the pensions were being managed by CFI Holdings, which is the parent company.”

Mr Chikuru said as a result of non-payment of pensions, the former workers were now living in abject poverty as they no longer have any source of income.

Contacted for comment, Mr Saruchera said the issue of pensions was outside his purview as judicial manager.

Fidelity Life acting managing director Mrs Nyaradzo Matindike said her organisation could not pay out the pensions since CFI runs a self administered fund.

“Victoria Foods is a participating branch under the CFI Pension Fund. The CFI Pension Fund is registered as a Self-Administered Fund. What this means is that its assets are registered in its own name and they manage their appointed asset managers (OMIG and IMARA) who report directly to the Trustees. They also operate a bank account in the name of the Pension Fund where all contributions are paid in and claims paid from,” she said.

Mrs Matindike said the insurance company is owed $2,1 million in arrears and will only be in a position to pay out to the CFI administered fund once the arrears are cleared.

“Fidelity Life only provides liability administration services that are record keeping of membership details and calculation of benefits due. Actual payment of benefits is wholly dependent on the availability of funds,” she said.

“The CFI Pension Fund in general and the Victoria Foods branch in particular is in arrears. The combined branches owe in excess of $2.1 million in arrears being contributions deducted from the employees but never remitted to the Pension Fund.

“The employer and the trustees are fully aware of this position as is the regulator (IPEC). All parties are also aware that this unfunded portion can only be made as and when the employer avails the funds.

“Furthermore, it was specifically resolved by all parties that the duty to explain this position fully vests with the employer.”

CFI Holdings chief executive officer Mr Timothy Nyika could not be reached for comment as he was not picking up his mobile phone.The Chronicle