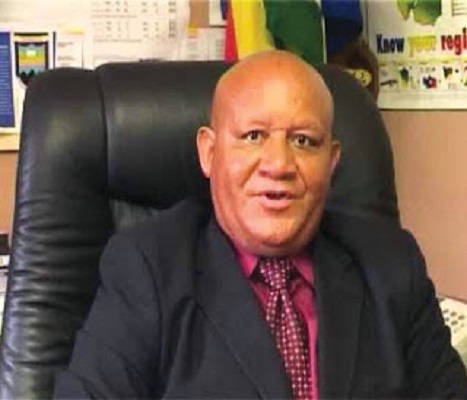 He died from cancer of the colon at home on February 1, 2017 after battling the disease for a long time.
The Ministry of Higher and Tertiary Education issued a condolence message in the Press confirming the sad news and described him as an academic par excellence.
Related Articles

Students forced to clean-up for Mugabe

Oct 13, 2012 509
Great Zimbabwe University Vice Chancellor Professor Rungano Zvobgo said Muwandi’s death is a big blow to the Ministry and country at large.
“He was a hard working man who served me so well when I was the principal at Mutare Teachers’ College and he was one of the leading principals in the country,” said Prof Zvobgo.
He was laid to rest at Yoevil Cemetery in Mutare on Sunday February 5 2017, where thousands of people from across the academic world paid their last respects.
Muwandi started his teaching career at Sakubva High school in Mutare in 1974 and was there until 1979 when he moved to Luveve High in Bulawayo.
In 1981 he joined Marymount Teachers’ College in Mutare as a Mathematics and Science lecturer and moved to Mutare Teachers’ College in 1987 as a senior lecturer.
In 2002 he became Marymount Vice Chancellor and in 2003 he returned to Mutare Teachers’ as Principal and he remained in that position until the time of his death.
He sat on several academic boards and was consultant and advisor for Nyadire Teachers’, Masvingo Teachers’ and ZOU.
He also guided the college to become the first to produce modules on contemporary issues where the staff wrote modules on gender, environment and vulnerable children in 2011.
Muwandi is survived by his wife. Masvingo Mirror

Students forced to clean-up for Mugabe