Government must come out clean on the source of the $17 million it says it has raised for the purchase of Biometric Voter Registration (BVR) kits. 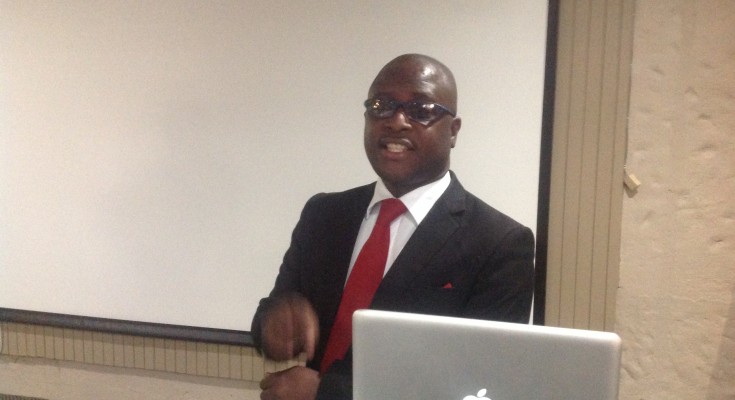 President Robert Mugabe’s government is so broke, hence the suspicion from several quarters when it announced that it was going it alone in the acquisition of the kits.

“Public budgeting allows for transparency which is necessary to support credibility of elections, something Zimbabwe desperately needs ahead of 2018.

“Without publicly budgeting for elections, suspicions are raised around where such support is coming from.

“Not publicly budgeting for BVR casts doubt on whether the money is really there or the commitment could be just an attempt to shut out international support for elections which comes with clear provisions for transparency and potentially limits vulnerabilities such as manipulation and fraud in electoral processes,” said Chimhinhi.

The ERC director said consequently, not publicly budgeting for BVR further exposes what should constitutionally be an independent commission to executive influence through the control of the “purse”.

“He who controls the money controls and determines the processes in elections and the executive is an interested player in elections who must not be allowed to dictate the pace of a competition in which they are a competitor.”

Chimhini said government support of BVR must guarantee stakeholder access to fully engage with, scrutinise and access all BVR processes to the confidence of all stakeholders.

“There must be clear benchmarks for accountable administration of the committed resources not just in terms of the cash but also in terms of processes being funded.

As such until government fully outlines how independently Zimbabwe Election Commission (Zec) will be allowed to manage government support and the processes being supported by the said support, until government publicly and transparently budgets for Biometric Voter Registration in the 2017 budget and until government makes commitments to avail and maintain space for stakeholder scrutiny of all the funded processes, the reported government commitment to fully support voter registration must be cautiously welcomed and will be treated with extreme skepticism.”

Zimbabwe Election Support Network (Zesn) director Rindai Chipfunde Vava said in light of the recent announcement that government will take over the procurement of the BVR kits Zesn calls upon Zec to publicise a clear roadmap and timelines on when the voter registration process will commence.

“Given that the 2017 budgetary allocations for Zec fell far short of expectations and in the absence of clarity from the government on when the kits will be procured there are fears that the whole voter registration process might be seriously delayed thereby affecting preparations for the 2018 Harmonised elections.

“Zesn reiterates its view that the procurement of the BVR kits is a crucial exercise that must be given adequate time, transparency and openness to scrutiny by all electoral stakeholders in order to instil trust and confidence and safeguard against the disenfranchisement of any potential voters.”

“It is imperative that the Zec in its timelines indicates the manner of engagement the Commission will have with the technical partners especially in the rolling out of the BVR exercise.

“In addition, Zesn calls for consultations with political parties and other electoral stakeholders to ensure that the process is transparent and inclusive.

“Moreover, the selection process of the BVR kits vendor either by government or Zec must be subjected to public observation and scrutiny to enhance trust and confidence in the process.

“The tender process must adhere to regional and international standards to uphold integrity, credibility, openness, transparency and inclusiveness.”

Political analyst Maxwell Saungweme said: “Ours is a secretive government not accountable to anyone but Mugabe. The source of funds to buy BVR kits is very suspicions but opaqueness in dealings and policies is a major element of Zanu PF regime’s misrule.

“Dictatorships are never transparent on sources and allocation of funding, so it is the same with the regime in Zimbabwe. The government is broke and fails to meet urgent life-saving services such as drugs and provision of clean water among others but they get money for elections.”

MDC spokesperson Obert Gutu said: “The Zanu PF regime is a renegade and you can only trust them at your own peril. The fact of the matter is that they are planning to acquire BVR kits using a company that they can control and manipulate; something akin to the Nikuv fiasco of 2013.

“This regime knows that a free and fair election will knock them out completely.

“Zec is now nothing but a puppet organisation because everything is being planned, orchestrated and commandeered from Chaminuka and Munhumutapa buildings.

“This is actually a special intelligence force; specifically mandated with ensuring that the process of purchasing BVR kits is polluted and hijacked. The fact of the matter is that the Zanu PF regime is dead broke; they simply can’t afford to raise the sum of $17 million overnight.” Daily News