Nurses are apparently standing in for striking doctors, as health institutions attempt to ease the impact of the industrial action, now in its second week. 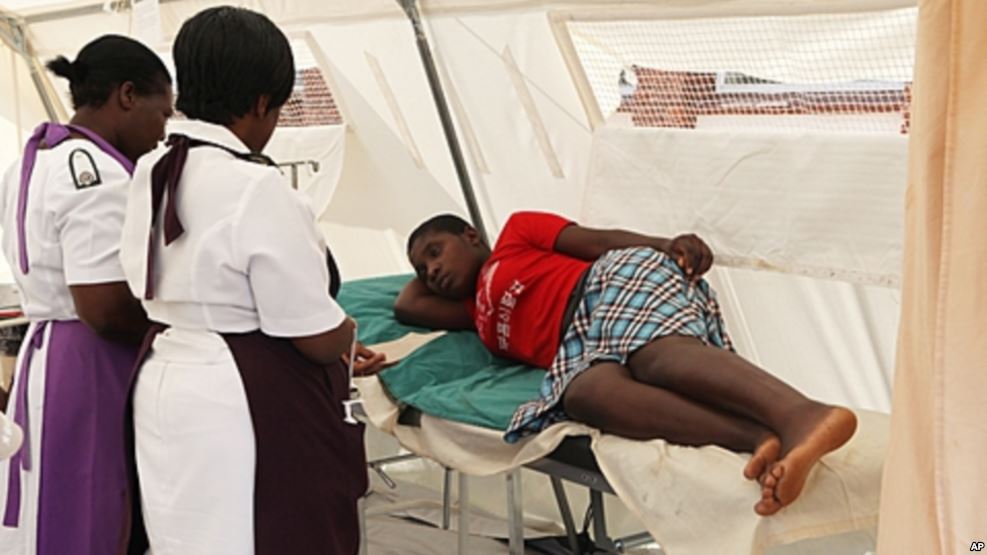 During a visit by Daily News to Parirenyatwa Group of Hospitals (Parirenyatwa) — Zimbabwe’s largest referral hospital — to assess activity on the back of the strike, it was observed that nurses and healthcare assistants were busy running around corridors trying to attend to patients who formed long queues at the casualty and general wards.

The Daily News also noticed that the south wing of the outpatients department was locked, although it could not be established whether it was due to the strike.

At Harare Central Hospital, security was tight, with close monitoring of people entering the hospital after visiting hours while there were also long queues of people waiting to be served.

Efforts to get comment from Health minister David Parirenyatwa were fruitless yesterday as his mobile phone went unanswered while text inquiries to his mobile were not replied to.

This comes amid a deadlock in talks between the doctors and authorities.

The health professionals have maintained that they will not turn up for work until their concerns — better working conditions, higher salaries, duty free car imports — are addressed.

Government has pleaded with them to report for duty while their grievances are being addressed.

Hospitals have been warned to prepare for indefinite strike action.

To make matters worse, specialists on Friday also decided to down tools, with obstetrics and gynaecology registrars also joining the strike citing failure to cope with the pressure caused by the strike.

Gwinji recently told State media if a person’s condition is not acute and not an emergency one, “please maybe try to see a general practitioner and maybe not come to a central hospital, go to the nearest district hospital”.

He said the institutions that were affected are Parirenyatwa, Mpilo and Bulawayo Central Hospital and not the district hospitals or provincial hospitals.

“Naturally, whenever one, two, 10 or 20 doctors leave there is some rearrangement of service that has to happen and that’s what the clinical directors are working on.

“It means a bit of strain on the remaining staff and a bit of rearrangement on the services that are provided.”

“Some services may be stopped temporarily while we attend to those we think are acute and urgent for life saving,” he said.

Meanwhile, the registrars held a meeting and decided it was no longer safe for patients, if they continued duties, given that resident medical officers were away on strike.

“We tried to continue working but the demands are so exhausting such that we fear we may end up making fatal errors resulting in unwanted and perinatal morbidity and mortality,” the February 17 letter by registrars read.

“We have hence decided to withdraw our services with immediate effect and are, however, very eager to resume our duties once the juniors are available.”

“Contingency plan for paediatrics — shut down of A2 Paeds Casualty: please note that from immediate effect 17/02/17 A2 Casualty will be closed in line with the contingency plans.

“All paediatric patients will be seen and managed in Main Casualty,” the letter said. Daily News