Controversy, drama on their heels: AKA, Stunner: Kindred spirits we love to hate

On the surface it seems there is not much that connects Zimbabwean rapper Stunner and his South African compatriot AKA. 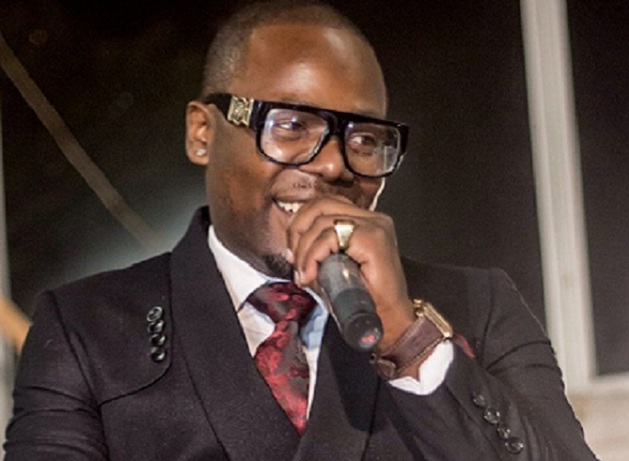 AKA’s name is known to music fans across the continent but the the same cannot be said of Stunner whose popularity starts and ends within Zimbabwe’s borders.

The Super Mega, as AKA refers to himself, is a bona fide African music champion with a decade long trail of hits and as such his name rings a bell to music fans even beyond the borders of South Africa.

From songs like Victory Lap and All I know to the latest hit The World is Yours, AKA has been the gift that has kept giving, helping to shape the landscape of African music with songs that mould and define hip-hop’s direction.

His reward for such excellence has been a closet filled with trophies and trinkets representing awards won in both Jo’burg and Lagos.

Putting this in context, Stunner can, at best, be described as a big fish in a small pond, while AKA can lay claim to being a shark in deeper waters.

So what connects the Gweru-born, Harare-raised Desmond Chideme and the Cape Town-born, Jo’burg bred Kiernan Forbes?

The most noticeable thing about both men is that controversy and drama follows their every move.

A tasty headline is never far off when these two are involved and instead shying away from the glare of the spotlight, they seem to welcome the attention that cripples and blinds so many.

This week, for example, Stunner somehow managed to wrestle the spotlight away from Andy Muridzo who, it had seemed, had been destined to become gossip and pub talk fodder for the foreseeable future.

Last week, south of the Limpopo, AKA was penning an attention stealing script of his own.

During the brawl in South Africa’s parliament last week, one would have thought it was an impossible task for any entertainer to steal the public’s gaze.

AKA, who by now must believe he can walk on water or feed his 1,4 million Twitter followers with a dozen loaves, was at it again.

After seemingly glorifying corruption, he was soon a trending topic with a bunch of tweets that caused as much commotion as a crowd of Julius Malema’s unruly red berets.

Clearly, if Stunner is his country’s prince of controversy then AKA is South Africa’s undisputed monarch.

The stampede that follows every controversial action, be it a fight with Black Coffee or another dispute with Mudiwa, suggests that they have the attention of fans.

The similarities between the two go beyond their ability to turn heads.

For one thing, only the ‘haters’ or impossible to please critics would argue against the notion that the two are the perfect illustration of style and grace.

From the way they dress to their mannerisms, both men are clearly comfortable in their own skin.

The switch from well-tailored designer suits that tightly hug their chiselled bodies to the latest in hip-hop gear is effortless, and it is for that reason that both wordsmiths have become the standard bearers of style in both their respective countries.

Exchange the mic for the briefcase and put them in a boardroom, neither of them would look out of place.

The desire to look cool and stylish may, however, be the reason why some feel like both men are selfish and far removed from the realities of everyday life.

During the first round of Stunner’s ongoing tangle with Olinda, she said something that some might have missed in the midst of all the blows she kept chucking in his direction.

In tears, she said that Stunner always wanted to make even the saddest situations look and sound cool.

She used his community service stint as an example.

Stunner while doing community service, posted videos and pictures that seemed to both glorify and ridicule his ordeal.

After their latest fight he was at it again, posting a video in which he bade mock farewell to vegetables which he claimed Olinda would uproot as she carried out her threat to take everything that belongs to her after their messy split.

Despite the fact that divorce is yawning in his face, the rapper still found something comical to post for his followers.

For a moment as they laughed or jeered, some might have forgotten the fact that here was a man whose dirty linen was being washed in public, a man who was about to split with his wife of less than a year in a way that would undoubtedly leave a bitter taste.

At the foot of the gallows and facing the hangman’s noose, Stunner would somehow find a way to convince fans that that the rope around his neck is an expensive gold chain rather than something that would take him to his maker.

AKA’s own fallout with DJ Zinhle was no less dramatic, but through it all, the Super Mega had hardly broken a stride as he justified his decision to leave the mother of his infant daughter.

Both men have never been shy to lob lyrical grenades at opponents and enemies, with the casualty list of those that have been bruised by an encounter with the pair getting longer by the year.

A feud with Nyovest has taken most of AKA’s time in the last few years while Stunner has also been involved in a prolonged tussle with Mudiwa.

While they quickly plead their innocence when their words raise dust, it is undeniable that they are the common denominator when hip-hop beefs ignite.

Fans have also not been spared harsh words by both rappers.

Both rappers, one would argue, have always felt wrongly persecuted and unappreciated.

At the tail end of his interview with Ruvheneko, Stunner protested: “Zimbabweans hate me and I know that for a fact”.

While not as dramatic, AKA’s jabs at South Africans after a visit to Nigeria, also implied that he believes that his fellow countrymen are out to get him.

“I feel more respected and welcomed in Nigeria than I do in South Africa. And that’s the sad truth,” he said in one of a series of tweets that showed his love-hate with his countrymen.

In truth, fans have found it hard to separate both men’s brash and sometimes arrogant characters from their excellent music. During the inevitable lull between one hit and another, both men do and say a lot of things that anger people.

As they lash out at the women in their lives or, in AKA’s case, throw fans off stage, they might need to pause, reflect and ponder whether, besides their excellent music, they have given their followers enough reason to love them the way they want to be loved. The Chronicle

Cassper Nyovest recounts the day fierce rival AKA slapped him