“I have been at pains to encourage a coalition of all political parties under the grand coalition,” wrote Vince Musewe. 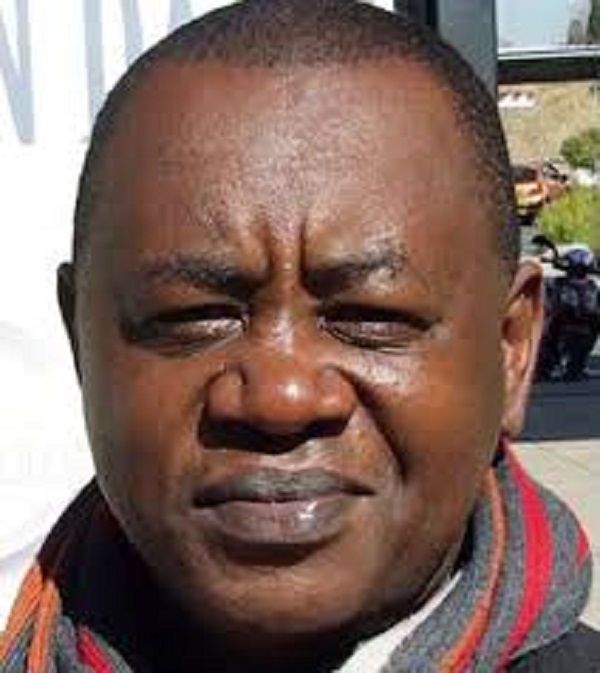 “I see we are on the same page with my brother Alex Magaisa. There is absolutely no point coalescing outside the MDCT. For me it’s more about egos than common sense.”

Some things never change is all I can say!

Museve has been at great pains to form this grand coalition of all the opposition parties. Until last week, when Mujuru and her ZimPF imploded in a spectacular fashion he argued the party was a key player in this grand coalition. He argued that Mujuru and her ex-Zanu PF friends’ in-depth knowledge of the inner working of Zanu PF was the key to stopping the later rigging the next elections.

The recent Bikitia West by-elections proved that, whatever in-depth knowledge ZimPF members like Claudius Makova, a former Zanu PF MP after a violent ridden 2001 by-election in the same constituency, of how Zanu PF rigged elections was of no value as Zanu PF went on to blatantly rig the by-election. The silence from Museve on the matter was deafening!

Many people have told Museve and all the others who have pushing the idea of uniting the opposition as the end-all solution to Zimbabwe’s political mess and paralysis that there is no quality leaders in the opposition and quantity is a poor substitute for quality. Mai Mujuru and her ZimPF are some of the most corrupt and incompetent politicians in the country; add them to the opposition camp was not going to add value but confusion instead. Museve and his troop of monkeys would no listen. Well ZimPF has now imploded and even Museve has finally dropped Mujuru out of his grand coalition like a hot potato!

Museve is back to his old sing-song, he wants Tenda iBiti and his PDP and Morgan Tsvangirai to bury the hatchet and form a grand coalition. What Museve is conveniently ignoring is the fact that the two were united in the 2013 elections and yet they still failed to beat President Mugabe. Zanu PF blatantly rigged those elections as Morgan Tsvangirai himself acknowledged by noon on voting day, without even bothering to wait for the vote count!

Since not even one reform has been implemented to stop Zanu PF blatantly rigging the next elections; it is political madness to pretend that Zanu PF will NOT rig the elections.

“What will be a critical period will be the transition from 2018 to 2023 IF the coalition wins power,” continued Vince.

“There is plenty of work for everyone. From the 100 state enterprises that need transformation to all ministries and public institutions which we must free from Zanu-PF patronage, theft and incompetence.”

He went on to talk about how “Zimbabwe can be a 100 billion dollar economy within 5 years”!

President Mugabe has his $27 billion ZimAsset plan which will double the economy in five years; meanwhile we, the people, are dealing with the reality of the economy that has halved since 2 000. Museveis offering an even bigger utopia with the economy growing seven times! We cannot afford wasting time listening to these navel-gazers prattling about a prosperous Zimbabwe, so prosperous every pregnant woman can, like Bona Mugabe, have her baby in Singapore!

Zimbabwe has been stuck with this corrupt and tyrannical Zanu PF dictatorship for the last 37 years already and until the nation can figure out a way of stopping the regime rigging elections, this nation is not escaping out of this hell-hole.

Museve is once again wasting the nation’s time wittering about how much nicer life will be once we are out of the hell-hole – we need to get out of the hell-hole first and your grand coalition of recycled corrupt and incompetent politicians will never stop Zanu PF’s well-funded (from the billions of dollars looted from Marange) vote rigging juggernaut!

Zimbabwe has had many opportunities to end the Zanu PF dictatorship but wasted them because those tasked to implement the reforms were distracted by trapping of high office, $4 million Highlands mansions and other bribes. We must focus on implementing the reforms and not allow ourselves to be distracted by those desperate to get a seat on the gravy train they will contest flawed elections. The formation of the opposition coalition is being used as a smokescreen to justify why the next elections should go ahead even if it is certain Zanu PF will rig the vote. The opposition politicians just want to win the few seats Zanu PF throws away, bait to entice the opposition to contest!

Zimbabwe is in a serious economic mess, millions of our people are out of work and many now live in abject poverty. Many people are suffering and dying of hunger and disease born of poverty. We need to stop the corrupt and tyrannical Zanu PF dictatorship that dragged us into this hell-hole; we cannot afford yet another rigged election and extend the regime’s ruinous reign!

Zimbabwe has exceeded in carrying capacity