A suspected serial killer from Bulawayo allegedly cut the dismembered body of his second victim and set the pieces on fire before burying them in four shallow graves. 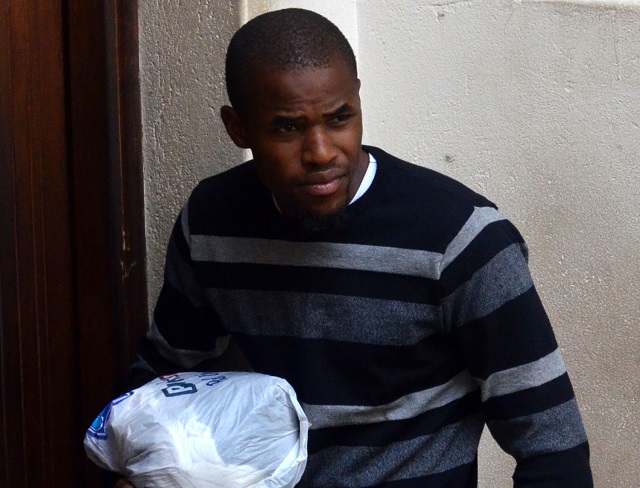 Rodney Tongai Jindu (25) was arrested on February 3 for allegedly killing his childhood friend Cyprian Kudzurunga (28) and burying his body at a plot in Burnside.

Police last Friday exhumed the mutilated remains of the second victim, which Jindu allegedly said belonged to Mboneli Ncube (30), his neighbour and friend who lived four houses away from his home in Glengarry.

The head, a hand and both legs had been cut off.

Fear has gripped Jindu’s friends and neighbours as details of the cold blooded killing emerged over the weekend.

Jindu allegedly shot Kudzurunga, from Queens Park suburb at point blank range with a shotgun on January 29 before burying the body at a vacant residential stand in Burnside suburb.

On Friday, he led officers from the Criminal Investigations Department Homicide Section to the same piece of land — Number 13 Westmount Road — where the body of his second victim, was discovered next to the spot where he allegedly buried Kudzurunga.

Jindu told detectives that a malayitsha offered him $20 000 or a ToyotaQuantum for body parts belonging to people with a Ncube surname.

He is said to have told police that he was arrested before he collected the promised money.

Glengarry residents said they first knew Jindu owned a shotgun when they saw him on January 29 — the day he allegedly killed Kudzurunga — chasing after one of his dogs in a fit of rage, saying he wanted to shoot it.

“It was probably target practice in preparation for shooting his friend later that night,” said a resident.

“I‘m aware this man confessed to having killed this second person. At the moment I haven’t received details on the matter.”

Sources said Jindu allegedly told police that the human remains were those of his neighbour, Ncube, also known as Keith.

Jindu allegedly confessed he shot and killed Ncube on the same day.

A family member who preferred anonymity said the Ncube family had not yet gathered for mourning as they awaited DNA results to confirm that the decomposed remains belonged to their relative.

Sources close to investigations said Jindu told police that he killed Ncube for ritual purposes and went on to kill Kudzurunga because he feared he would expose him after he (Kudzurunga) allegedly stumbled on evidence of the murder.

“Forensic tests may determine if more body parts are missing,” said a source.

“Jindu said he shot Ncube dead and handed over the body to the cross border transporters who harvested body parts and gave him the remains in a plastic bag for burial.

“Jindu took the dismembered body, cut it to pieces which he set on fire to conceal evidence before he buried them in four separate graves,” said the source.

“DNA results will prove if Jindu told the truth that those parts indeed belong to Ncube’s body.”

When the Chronicle visited Glengarry and Burnside suburbs yesterday, some residents had locked themselves in their houses, with one revealing that they are living in fear after discovering the mystery behind Jindu.

Another neighbour from Glengarry, who was close to Jindu, said everyone’s gates were locked as they are not sure if Jindu worked on his project alone.

“What if his accomplices are unsuspected people close by?

“We never knew or suspected that we were living with a deadly serial killer. Jindu was an extremely quiet character, who respected everyone. We never got to know what exactly he was doing for a living but he lived a flashy life, driving an expensive white Nissan Gloria with a V6 engine,” said a neighbour who asked not to be named.

A neighbour in Burnside said recently they had seen Jindu digging the graves and he told them he wanted to install water pipes and the meter.

“We knew him as a caretaker, who frequented the stand, would fix the fence and dig pits. We didn’t really mind what he was doing although not much has been done on the vacant stand.

“In the past month, we would see him urinating at that same spot where he had been digging pits. We now suspect it was part of a sick satanic ritual,” said the shaken neighbour.

The man added: “We still cannot believe what we saw, police digging one grave after the other as they exhumed the decomposed pieces of human flesh.”

Jindu’s mother, who only identified herself as Mrs Jindu told The Chronicle last week that she was aware her son owned a gun.

She said he needed it for hunting and protection as their neighbourhood was not safe.

However, yesterday neighbours refuted the statement saying Jindu could be the only person who had a gun in the area.

Jindu got a licence for the shotgun he allegedly used to kill Kudzurunga in November last year.

Ballistic reports indicate that about 36 bullets have since been fired from the shotgun.

There is allegedly no record of Jindu going hunting or visiting a firing range for target practice.

He was often seen around the city centre selling second hand phones and laptops.

Jindu was arrested on February 3 after making inconsistent statements to the police.

A source close to the investigations claimed that Jindu killed Kudzurunga at a footpath linking Glengarry and Queens Park East after 10PM after spending the day drinking beer with him. Jindu offered to escort him and allegedly killed him along the way. The Chronicle